When I got invited to a private Holiday Crab Feed at Le Cheval late last year, I was intrigued. It was not only an opportunity to dine at one of the best Vietnamese restaurants in Oakland, but I could pig out on crab. I’m all in. I RSVP’d.

The crab feed was in late December and open for 50 people in tables of 10 family style. My friend and I were seated in the “Oakland” table. It was cool to meet and share a meal with new folks and discover that you had more in common than you expected.

The first course was an appetizer of spicy chicken wings which were pan fried in onions, jalapeños, and red peppers. The table seemed to love these. I thought they were good, but not the best I’ve had. However, it came with a tangy black pepper sauce that I can’t get enough of.

Next we were served a prawn salad which was made up of shredded cabbage, steamed shrimp, jellyfish, lotus roots, mint leaves, and cilantro tossed in a light homemade vinegar and fish sauce dressing. It was topped with fried onions, peanuts, and giant prawn chips. The table seemed less impressed with this dish. I ended up taking seconds because it was there and it was my way of eating a little healthier.

It was the Vietnamese restaurant Thanh Long in San Francisco that popularized crab and garlic noodles. The garlic noodles at Le Cheval are cooked in butter, garlic, and olive oil topped with parmesan cheese. By the time the dish made its way to me on the lazy susan, it was only fair that I take a few strands so the rest of the table could have some. Luckily a second plate came around later allowing me to have a more substantial portion. But the second plate went as fast as the first. Who doesn’t love garlic noodles?

We would be served crab three ways. For each preparation, we would get four crabs meaning that our table of ten would be sharing twelve crabs. The first preparation was ginger crab which is pan fried with ginger and green onions. There was plenty to go around. I enjoyed several pieces and I didn’t need to fight for a shell. I consumed the crab innards, which is sometimes referred to as crab butter. It tasted like a cross between uni and custard and is definitely a delicacy not for everyone. 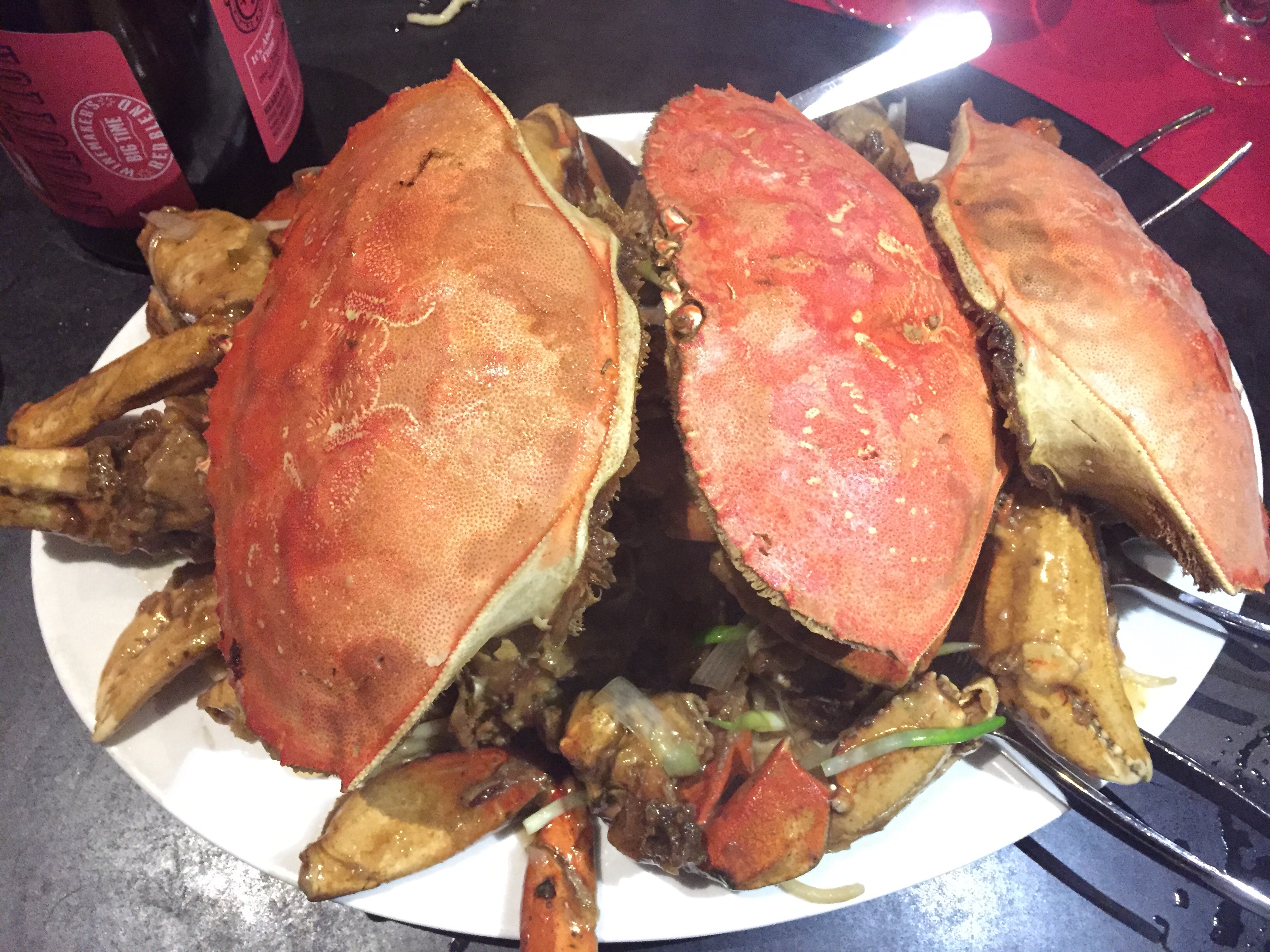 The next preparation was the dried fried crab which is lightly battered and then dry fried with onions, bell peppers, and salt and pepper. This is actually my favorite preparation. I pretty much love anything fried, but the fact that it is dry is the reason I like it. You get to enjoy the sweet crab more naturally with the help of a little seasoning.

The last preparation is the tamarind crab which is pan fried with tamarind sweet & sour sauce. This is the most saucy of the preparations. It had a nice flavor profile, but probably my least favorite of the three. Not surprising to me is that my friend preferred the tamarind and the ginger crabs because she generally loves sauce.

The preparation of the crab were all delicious. It was great to try all three in the same seating to discover my personal preference.

Although this crab feed was an event, the public can enjoy everything we had at Le Cheval including the three crab preparations. They charge market price so that could mean high prices if there is a shortage of crab.

Lucky for Me, It's Crab Season

A Happy Hour at Alamar 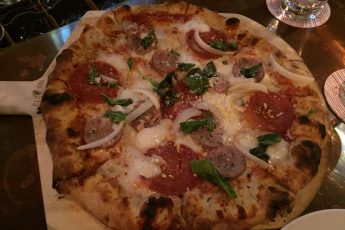 « Previous post
Mockingbird Moves Me to La La Land.
Next post »
Get Yourself to Shinmai While You Still Can