Working My Way Through Sweet

It’s been an extremely busy Fall for me where I decided on a short hiatus from blogging. I began feeling like it was more of a chore than it was enjoyable. Last week, I took a week off of work believing I needed to recharge. What would reenergize me besides a vacation? I wanted to be productive as well. I bought Yotam Ottolenghi and Helen Goh’s cookbook “Sweet” when it came out in the States on October 3 and have yet to make anything from it. I was so excited about the cookbook launch that I even attended two events for it. I had been anticipating the new cookbook for many months seeing pictures on Instagram of photo shoots and test kitchens. I was intrigued with the beautiful desserts and the exotic flavors and spices that went in many of them. It’s stuff I wanted to eat.

I challenged myself to make a new recipe from Sweet each day for 7 days and here are the results:

I made a version of the Custard Yo-Yos with roasted rhubarb icing at my friend’s house. As I shopped for ingredients, I realized that rhubarb was not in season. Something that I remembered distinctly from the interview that I attended with Ottolenghi and Goh at the Jewish Community Center in San Francisco was that you can substitute different fruit and choose according to the season. I contemplated what could be a good replacement for rhubarb. Rhubarb is sour when cooked so I thought cranberry would be a good alternative. There was no shortage of cranberry being that it was Thanksgiving week.

The cookies came out looking pretty good. With a shortbread consistency, I thought two cookies glued together with the icing was a bit much. The cookies were tasty and so was the icing. I would prefer to frost one cookie instead of having them as a sandwich. 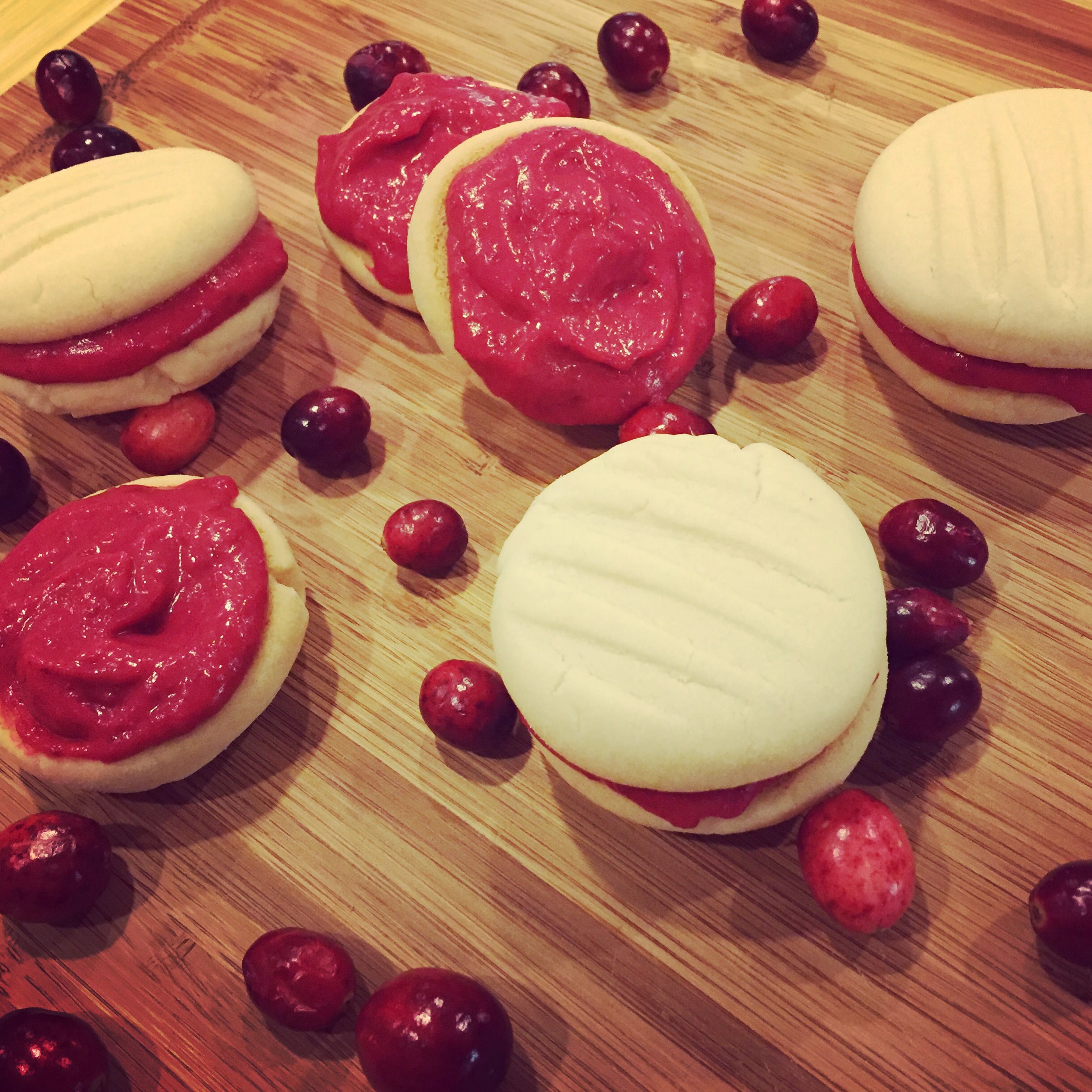 I really wanted to make the saffron, orange and honey madeleines, but I didn’t have a madeleine pan. I figured I could also interchange the pan and used a decorative mini cake pan that I borrowed from a friend. I had to guess the bake time since my cakes were quite a bit larger. I did pretty well as I got a good bake on them. I enjoyed the flavors of saffron, vanilla, and honey that came through in each bite. 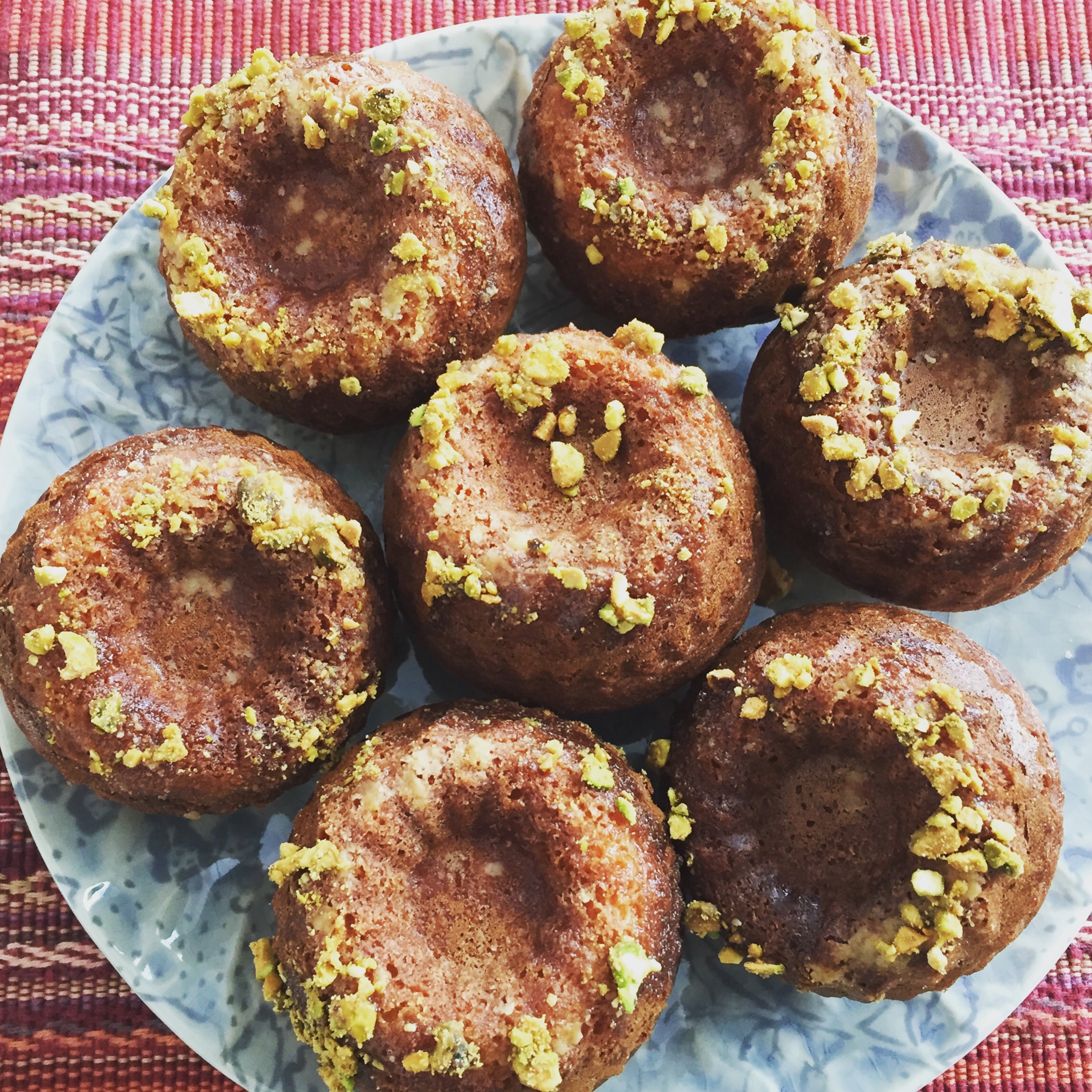 I made kaffir lime leaf posset with fresh raspberries instead of papaya. There was no baking involved here, but you had to cook the cream and chill it overnight. This was perfect for me to bring to Thanksgiving Dinner since there would be plenty of other things to be preparing for. It’s also a day to splurge on calories so no one would mind an extra dessert. I loved the tart flavor of the kaffir lime with the cream. I also made enough to share with a few friends and they provided high praises. 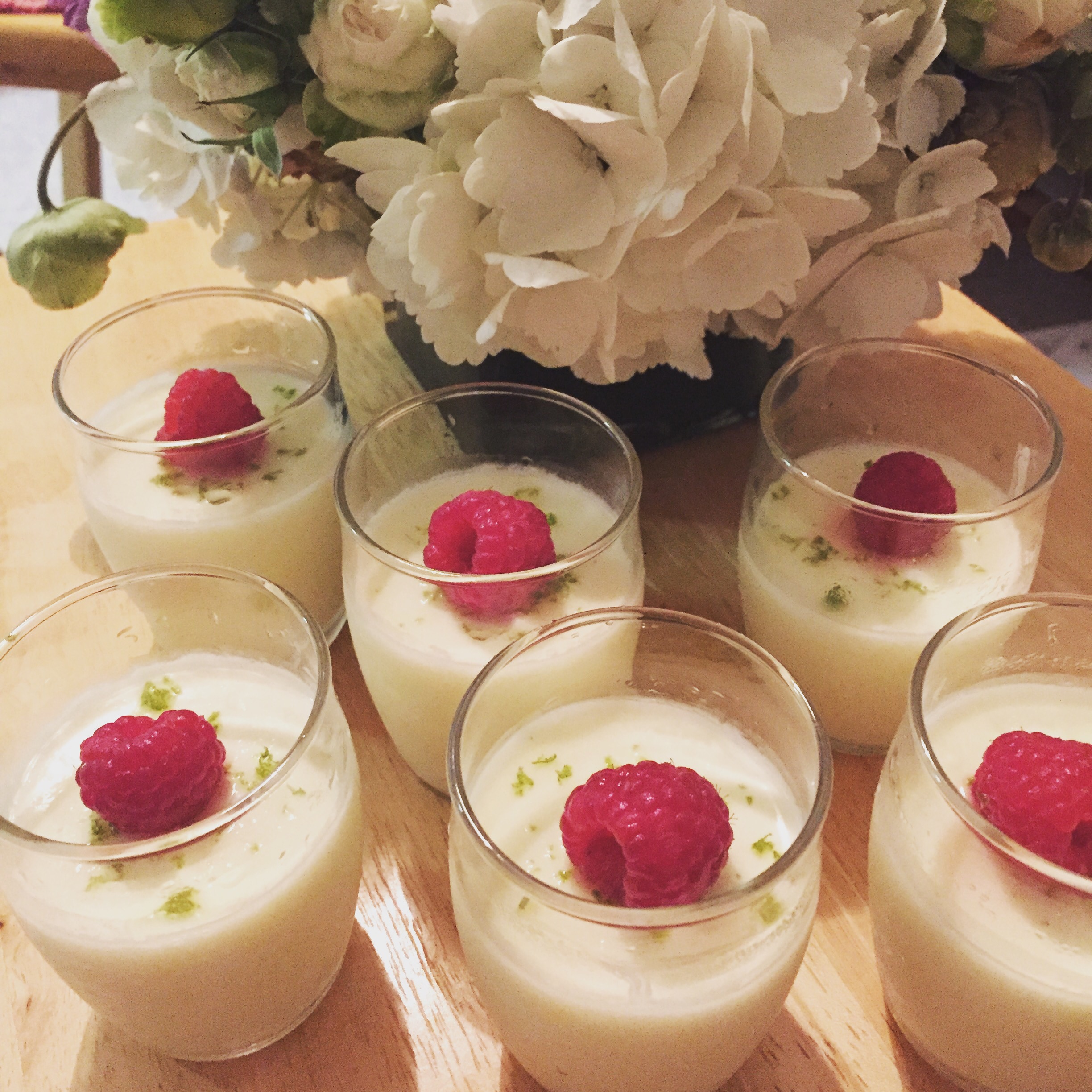 On Thanksgiving, we were also celebrating my niece’s birthday and she likes cupcakes, so I decided to make lemon and raspberry cupcakes. The recipe calls for lemon curd, which I prepared a day ahead. Fresh raspberries are mixed into the batter which gave it a beautiful color. I was most impressed with the frosting. It took one minute of mixing lemon curd and mascarpone to create this beautiful marriage. This frosting is life changing as I will use this recipe forever. 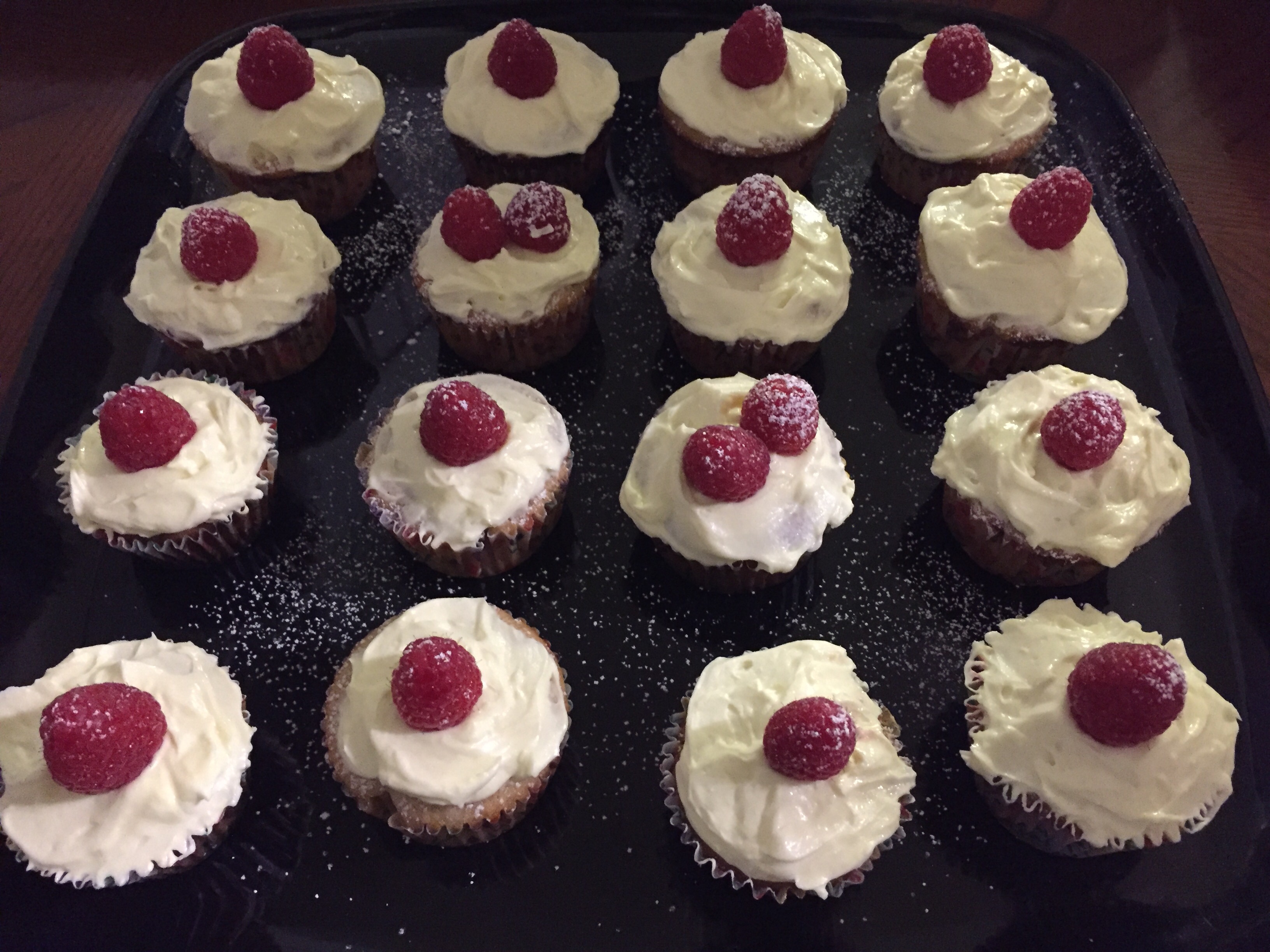 The strawberry and vanilla mini-cake recipe recommends using a popover pan which I actually own. I was excited about being able to use it for something other than popovers. Unfortunately after baking them, the tops broke off. It reminded me of the Seinfeld episode about Elaine’s idea to open up a bakery that only sold the muffin tops, the best part of the muffin. The icing on these cakes were a bit too sweet for my taste. The cake which uses some corn meal was delicious and I would definitely make this again without the icing. 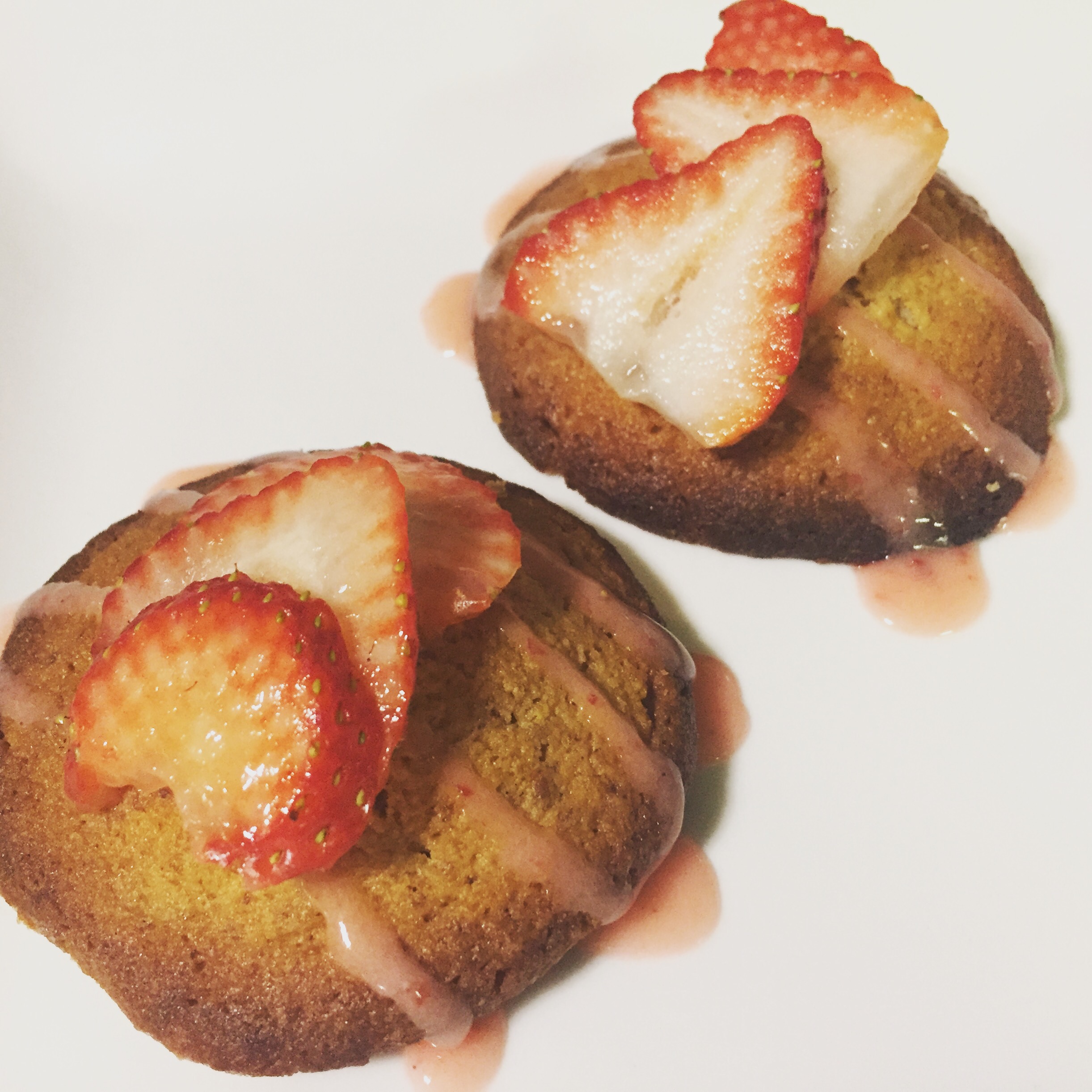 Yesterday, I attempted the saffron and pistachio brittle. For this recipe, you need to heat the ingredients at the right temperature and then pour it in a pan to cool. It was still quite gooey even after letting it sit for twice the amount of time asked so I put it in the refrigerator for another 45 minutes. This gave it the right crunch. The brittle is very malleable so it has the tendency to soften up again. So nutty, this makes a great snack and can also be a nice thing to package up for holiday gifts. 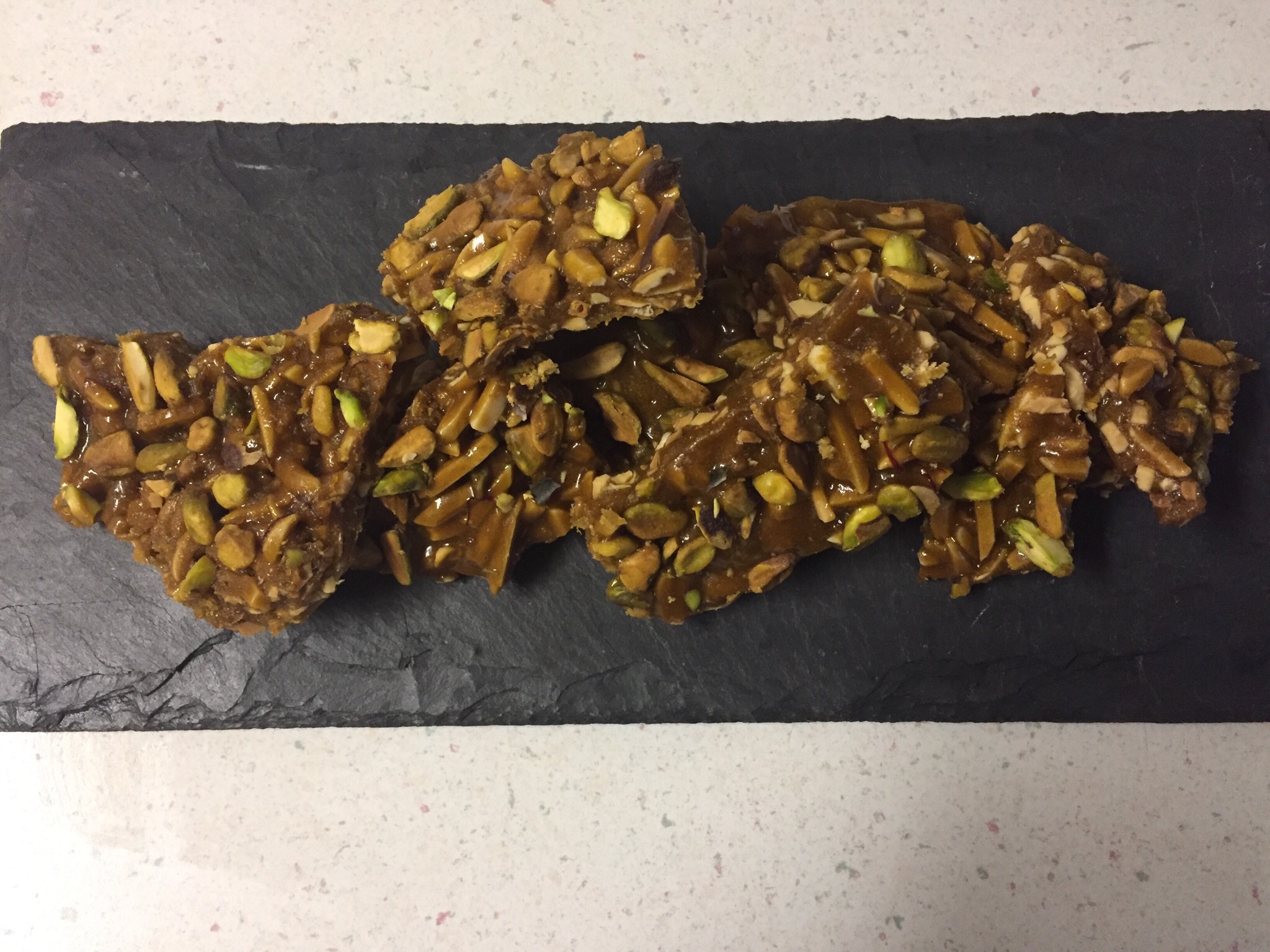 I thought of how nice it would be to have Sunday doughnuts today. I stayed up late last night preparing the dough and the custard for doughnuts with saffron custard cream. This definitely took the most time to make as there is a lot of waiting time for the dough to rise. It was cool to see the science involved in every aspect of this recipe. The doughnuts are dusted into a cardamom sugar mix that brings another flavor dimension. 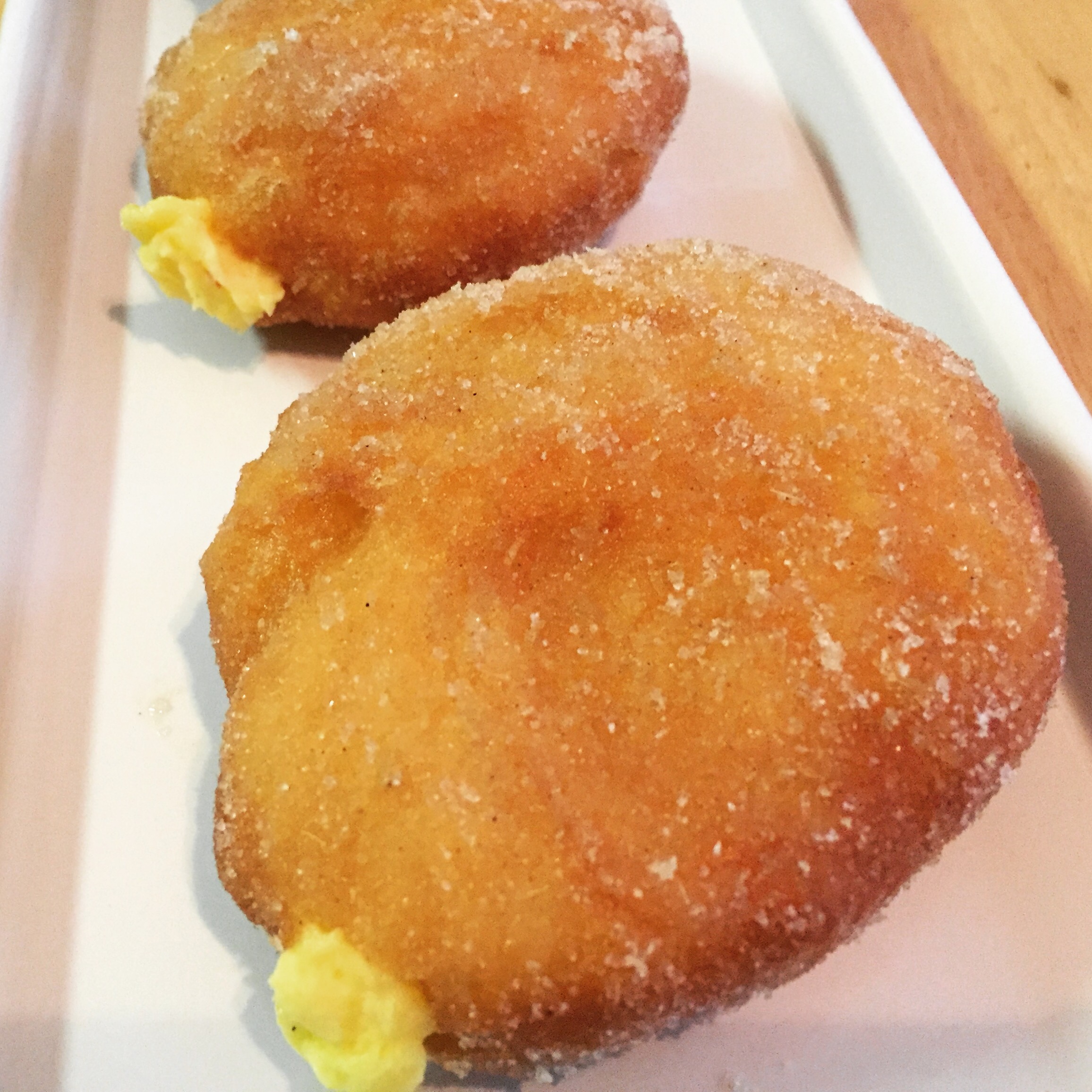 I feel proud of myself for completing my seven day challenge. Everything also looked and tasted great giving me a sense of accomplishment. I will continue to work my way through Sweet. With 120 recipes, I got a ways to go. 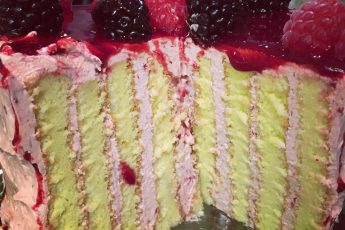