If you live in the San Francisco Bay Area, you have likely seen or heard of the PBS show “Check Please, Bay Area.” This is the television show where three Bay Area residents review their favorite restaurant. Each of the three people have the opportunity to dine at the restaurants that the other two choose. They come together on the show to talk about the three restaurants. “Check Please, Bay Area” is now in its twelfth season. The original show was launched in Chicago. One episode even featured Barack Obama, as one of the diners, when he was just a State Senator.

Season 12, episode 7 aired this past Thursday and featured two East Bay restaurants. The first was Monkey King Pub and Grub in Alameda. They describe the restaurant as Asian fusion food. From the food pictures, it looks more like Chinese American party food. Either way, the food looks awesome and I can’t wait to give it a try.

The second restaurant featured on the show was Farmstead at Long Meadow Ranch in Saint Helena.  The farm to table restaurant has an array of fresh and comfort food that has me wanting to make the drive up to Napa County.

The final restaurant featured on this episode is the reason behind this blog post.  I was watching the screening of “Check Please, Bay Area” at Grand Lake Kitchen in Oakland. They were hosting a viewing party and my BFF found out about it and bought us tickets. The ticket included entrance, two drink tickets, and light nosh.

As soon as we arrived, we went to the bar to select our first drink. We went with the boozy slushy of the day which was a Grapefruit and Gin cocktail. It was sour, which I am a fan. The umbrella in the drink was a prediction of a fun evening to come.

The waitstaff began passing out appetizers. Fried chicken sliders were the first to come out and when it reached our table there was just one left. I insisted my BFF take it. Another tray of sliders came from another direction and they were all gone right as it reached me. I was thinking I might completely miss out on the sliders. “Light nosh” might be zero nosh for me. I decided to alert one of the waitstaff and she apologized and said she would return with some more.

There were actually two types of sliders, fried chicken sliders and the burger sliders. They were both delicious and included homemade pickles. 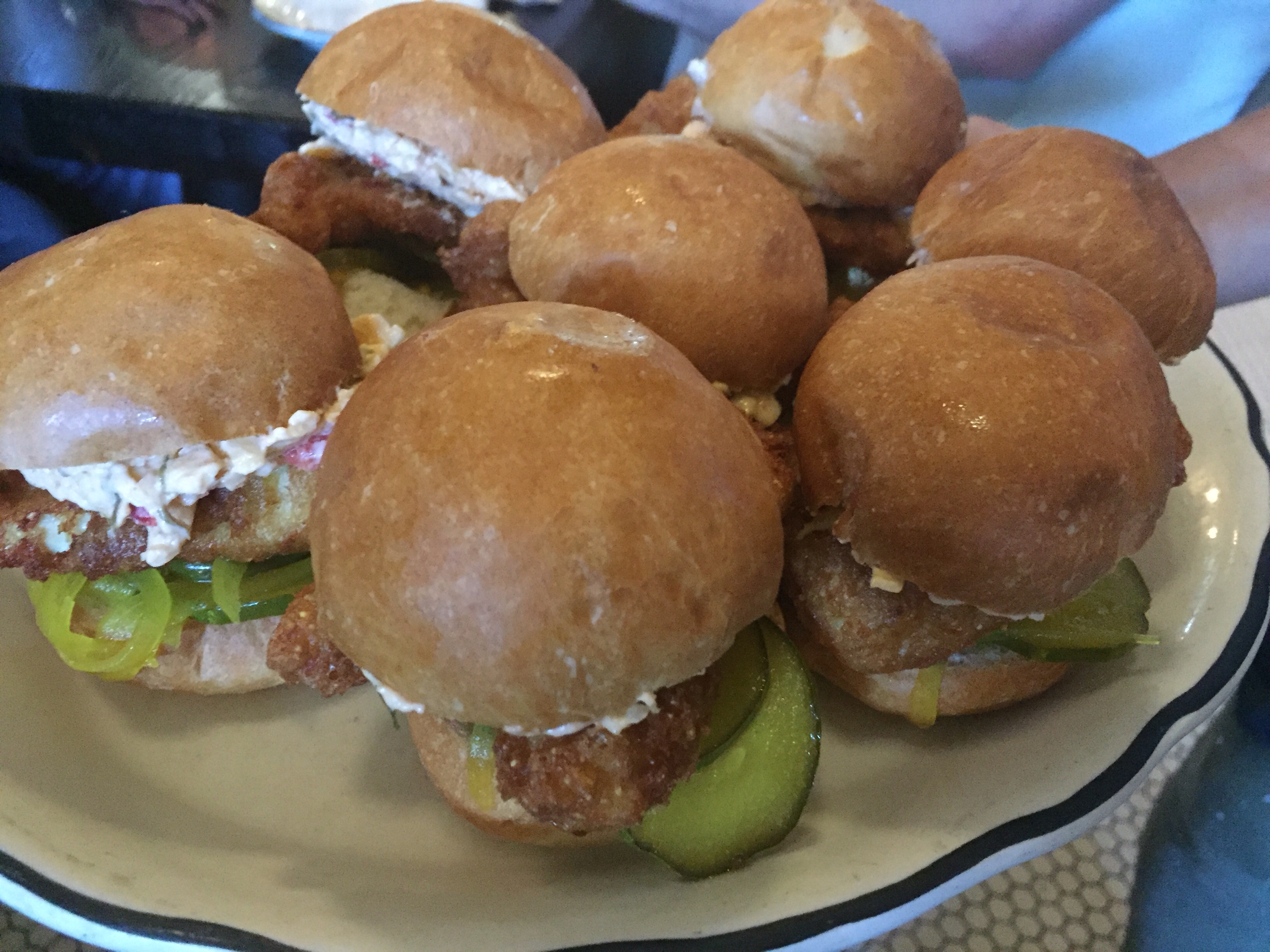 We also had egg salad on rye toast topped with fried chicken skin. These were mini versions of the popular open faced sandwich they normally serve on the menu.

Pickled shrimp crostini were also passed. I was surprised that the flavors were subtle.

I really enjoyed the flavor and texture of the tempura fried mushrooms, but they were a bit greasy. 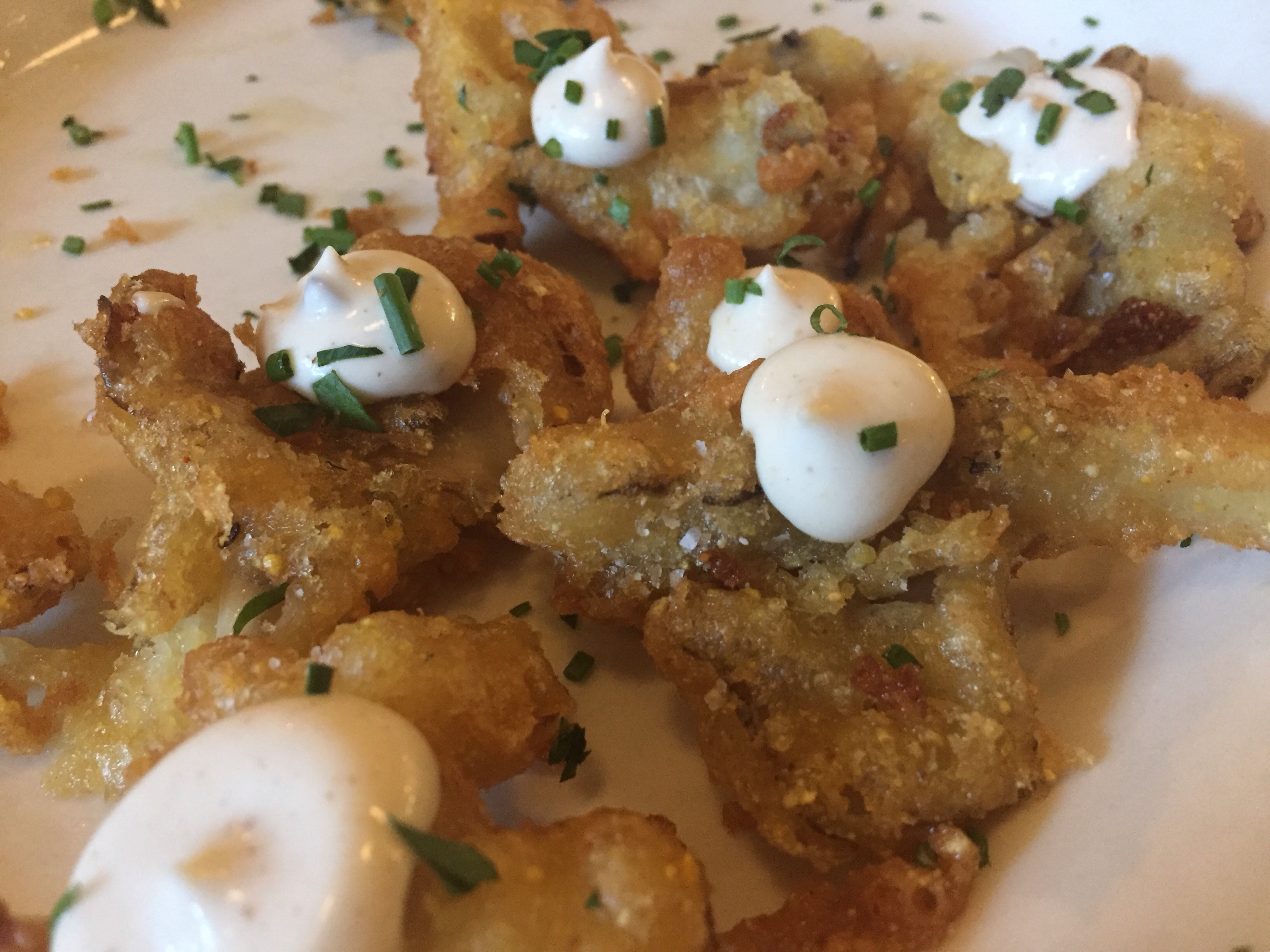 There was also a smoked fish display with bagel chips, cream cheese and all the fixings. I suspect this is similar to the “smoked fish tower” that is on their menu.


The food kept coming out and there was never going to be a shortage of sliders. Light nosh was actually heavy nosh. I was full before the show started.

The owner May Seto Wasem made a speech and introduced Rene, the diner who nominated the restaurant to be on the television show. We all then watched the show together as it aired for the first time. 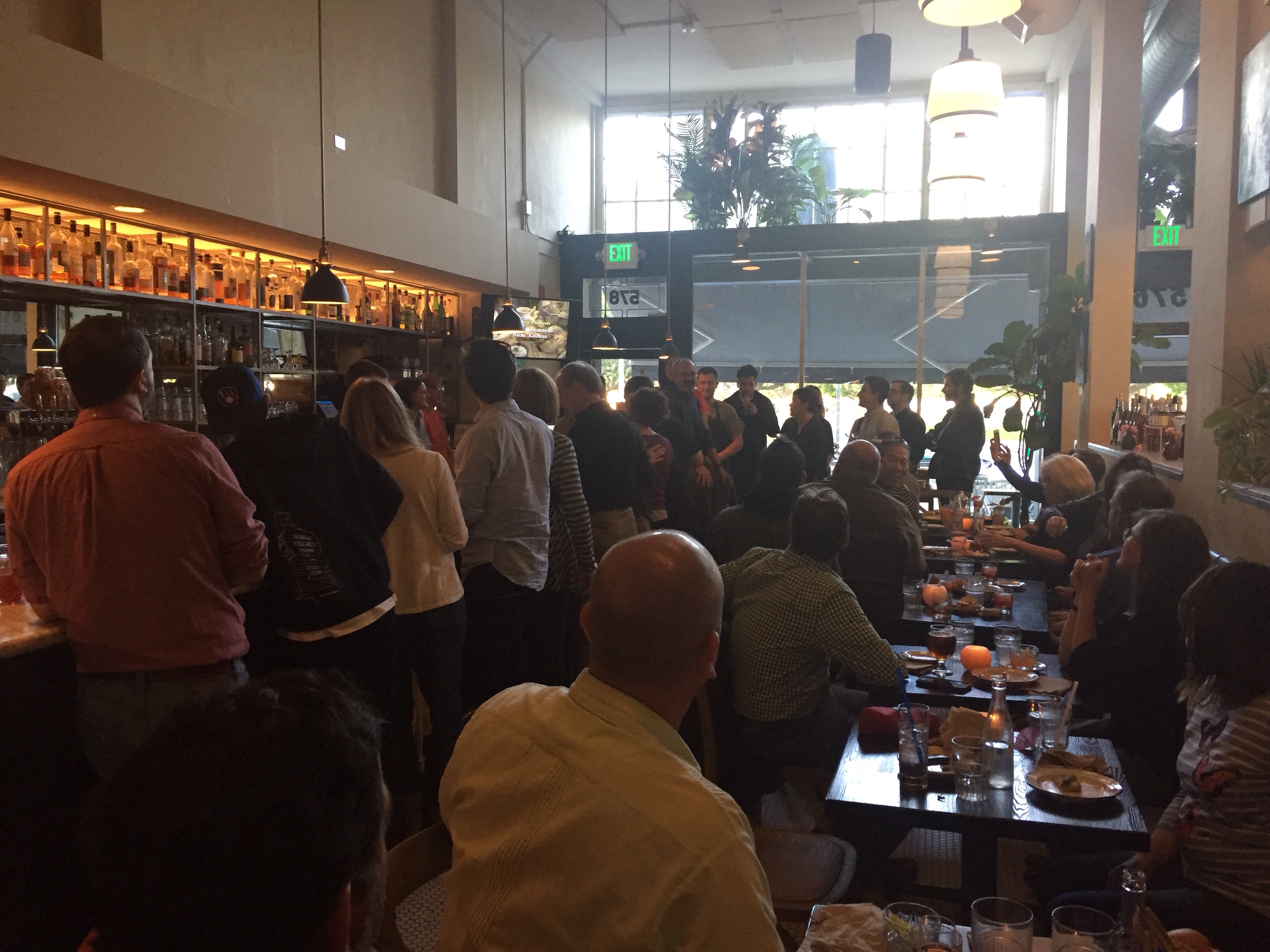 It was a great show and a fun evening. I suspect that with the fame of Grand Lake Kitchen being on tv, there might be longer wait times. I would recommend avoiding weekends.

What I ate after the East Bay 510K