I love Mexican food. I love sustainable food. There aren’t too many restaurants that do both. My favorites for both have been Tamarindo and Cosecha in Oakland and Nopalito in San Francisco. I now have another to add to the list. Nido opened the latter part of 2012 in Jack London Square. 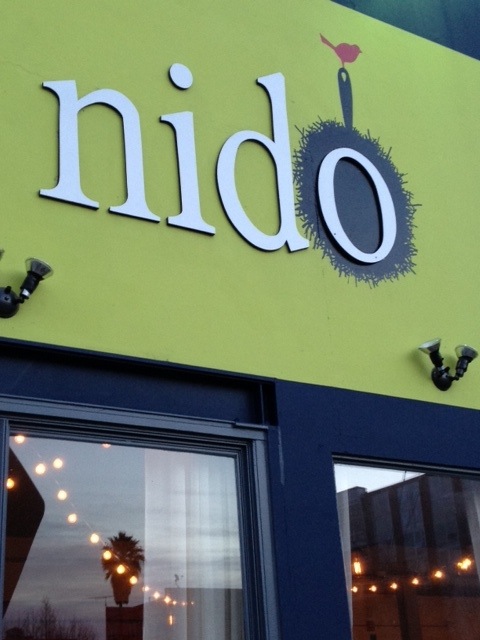 Nido in Spanish means nest. With a cute logo and a neon painted building, I have been anxious to try this newcomer. A group of four of us had dinner there on Friday. We started with some $5 margaritas before sharing a couple of appetizers.

The chicken taquitos were a perfect starter. The meat filling fried in the rolled tortillas were tasty, but was extra tasty thanks to all the goodies that topped it.

The salad we shared included many fresh vegetables including butter lettuce, blood oranges, avocado, cucumber, and jicama. The salad was tossed with a light vinaigrette and pepitos.

One of my friends ordered the ollita de pobre. A cute tin pot arrived filled with rice, beans, salsa, avocado, and braised beef. It came with house made tortillas. Although it may have ranked least favorite of the evening, it was still very good.

Two of my friends ordered the special of the evening which was al pastor (marinated pork). This is one of my favorite meats, so I was looking forward to a taste. I have never had it cooked on a skewer. It seems like everyone knew how tasty this dish would be because this special sold out before 7pm. Nido hit it out of the ballpark with the al pastor. I would definitely look out for this item again. One reason I “liked” Nido on Facebook is so that I can keep track of this special as it is not on their permanent menu.

Based on a recommendation, I ordered the pork chop. It lay on a toasted almond & chile mole and diced squash. I have never ordered a pork chop at a Mexican restaurant, but trusted the referral. The grilled chop had perfect sear marks and was delicious. It’s nice to be able to count on a place to serve a great pork chop.

Dessert was going to be pie. Sharing the space at Nido is a business called the Pietisserie. I love the name.

With only beet pie and spiced apple pie left, we decided to try a slice of each. The beet pie was interesting and tasted a little like pumpkin pie. The apple had a nice flavor and crumble. It was a bit of a disappointment after such an amazing meal. I would have probably enjoyed them a lot more if it came with a scoop of ice cream. They sold out of many of their other pies so it may be worth another try.

Nido is definitely adding a lot of color and flavor to Jack London Square.

Make your way to the Jeepney Guy 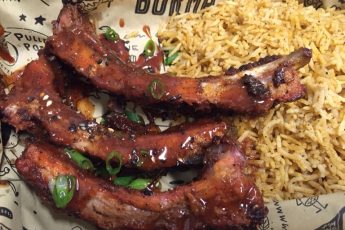