One of Oakland’s Best: Tamarindo

A group of four of us enjoyed a nice lunch at Tamarindo.  Four is the perfect number to enjoy a great variety of tapas.  And if it is a small dish, you can always order two.

We started with an order of chips and guacamole.  This is the most beautifully displayed chips & guacamole that I have ever seen and it tasted just as good.  They could probably use a few more purple tortilla chips, but I can understand that they want to ensure you get a generous amount of guacamole in each bite.

This was my first time ordering a michelada.  A michelada is a Mexican beverage made of your choice of beer, lime juice, and spicy tomato juice.  My choice was the recommended Pacifico.  I enjoyed this drink very much and I especially thought the salt and paprika rim was a nice touch.

The ceviche came out with a half dozen round tortilla chips.  The chefs choice was shrimp and it was a solid appetizer, complimenting my michelada very well. 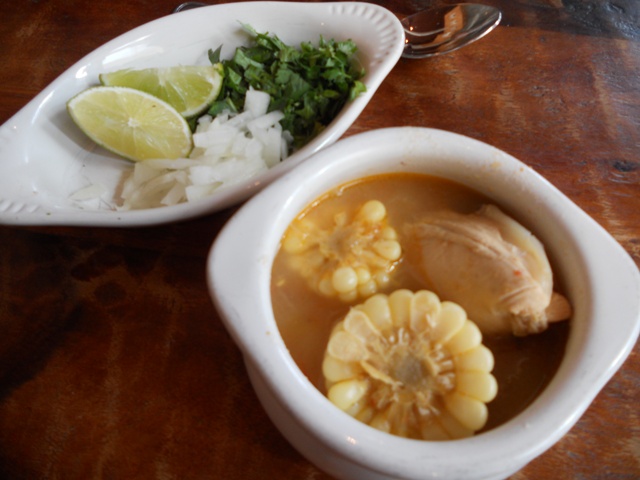 The sopa del dio was chicken soup.  We ordered two and asked them to  divide it into four.  The bowls came out with a side of onion, cilantro, and lime to mix in.  Each bowl had a good chunk of chicken and a slice of corn.  (OK, I lied; they didn’t do that great a job dividing up the ingredients fairly as I had to transfer a slice of corn to another bowl.)  The broth was so flavorful that it tasted as if it had been cooking for hours.  This was the epitome of comfort food.

The fish tacos were one of the specials that we ordered.  Each tortilla was filled with a piece of crispy fried fish (I think it was tilapia) that was covered with cabbage, tomatoes, cilantro, secret sauce, and a squeeze of lime.   I am a tough critic, as this was not as good as the ones at Cholito Linda.

The next dish that came out was essentially a chicken sandwich which none of us realized we ordered.   I recall the waitress coming to the table letting us know they ran out of something, but could put it on bread.  It was quite delicious, but difficult to cut and share amongst the four of us.  I would definitely eat this again if it was just me having to order one item.

Our last dish was the chile relleno.  This dish was stuffed with a lot of goodness including shrimp, cheese, and onions.  It was covered in a delicious sauce that really brought the flavors of the sweet and spicy together. 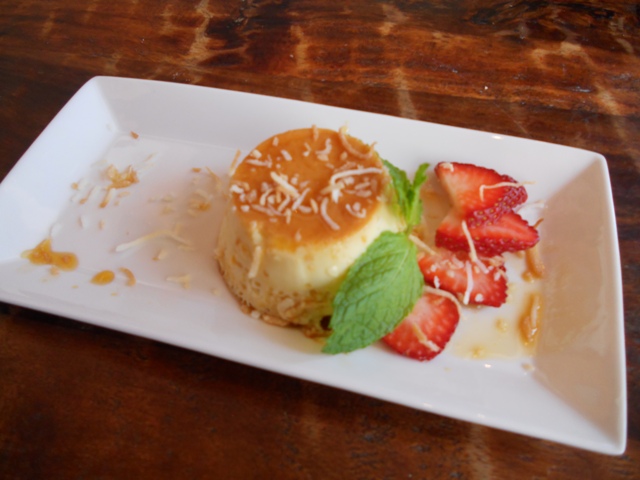 Although we were quite full, we couldn’t leave without having dessert.  We easily agreed to share the coconut flan.  It was the perfect creamy custard with lightly toasted coconut sprinkles.  We all left with a sweet taste in our mouths.

Tamarindo is a family owned restaurant and they have a sister taqueria named La Calle located a few blocks down the street which is also very impressive.   Recently Tamarindo knocked down the walls to the building next door.  The expansion is actually a tequila bar, but it is also available for dining overflow.  The Tamarindo family, actually the Dominguez family has been influential to the community, bringing great food and drink to all of Oakland and beyond.

Get Yourself to Shinmai While You Still Can