Plaj: Scandanavian Food at its Best

My friends and I bought our tickets to see the musical Hamilton last December. The seven month wait was finally over and we went to see Hamilton at the SHN Orpheum Theater in San Francisco last Saturday. It was such an amazing show of talent. Lin Manuel Miranda is a genius to be able to tell a story of history in a relevant and entertaining way. 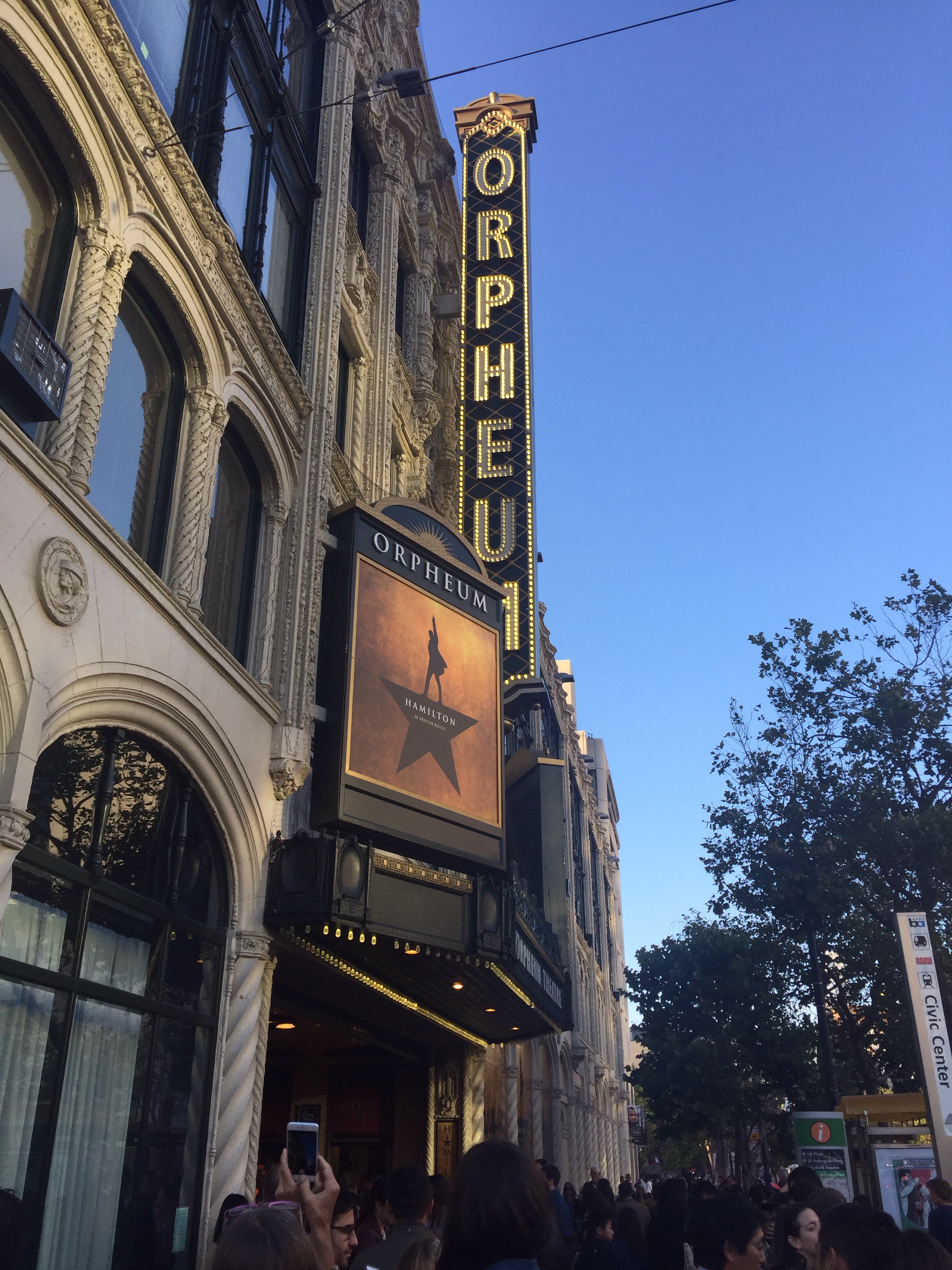 About half a mile away from the Orpheum Theater is a Scandinavian restaurant where my friends and I dined before the show. Plaj is located inside the Inn at the Opera, a boutique hotel in Hayes Valley. We chose Plaj because one of my friends had eaten there a week prior before attending the opera. She enjoyed it very much and was willing to go again so reservations were made.
We were a party of four and decided we would share everything. We started out with some fresh baked bread with caramelized butter. It was a bit disappointing as it wasn’t warm like it had been last week. The bread is dense which I believe is typical of Northern Europe. For me though, the butter was the star. 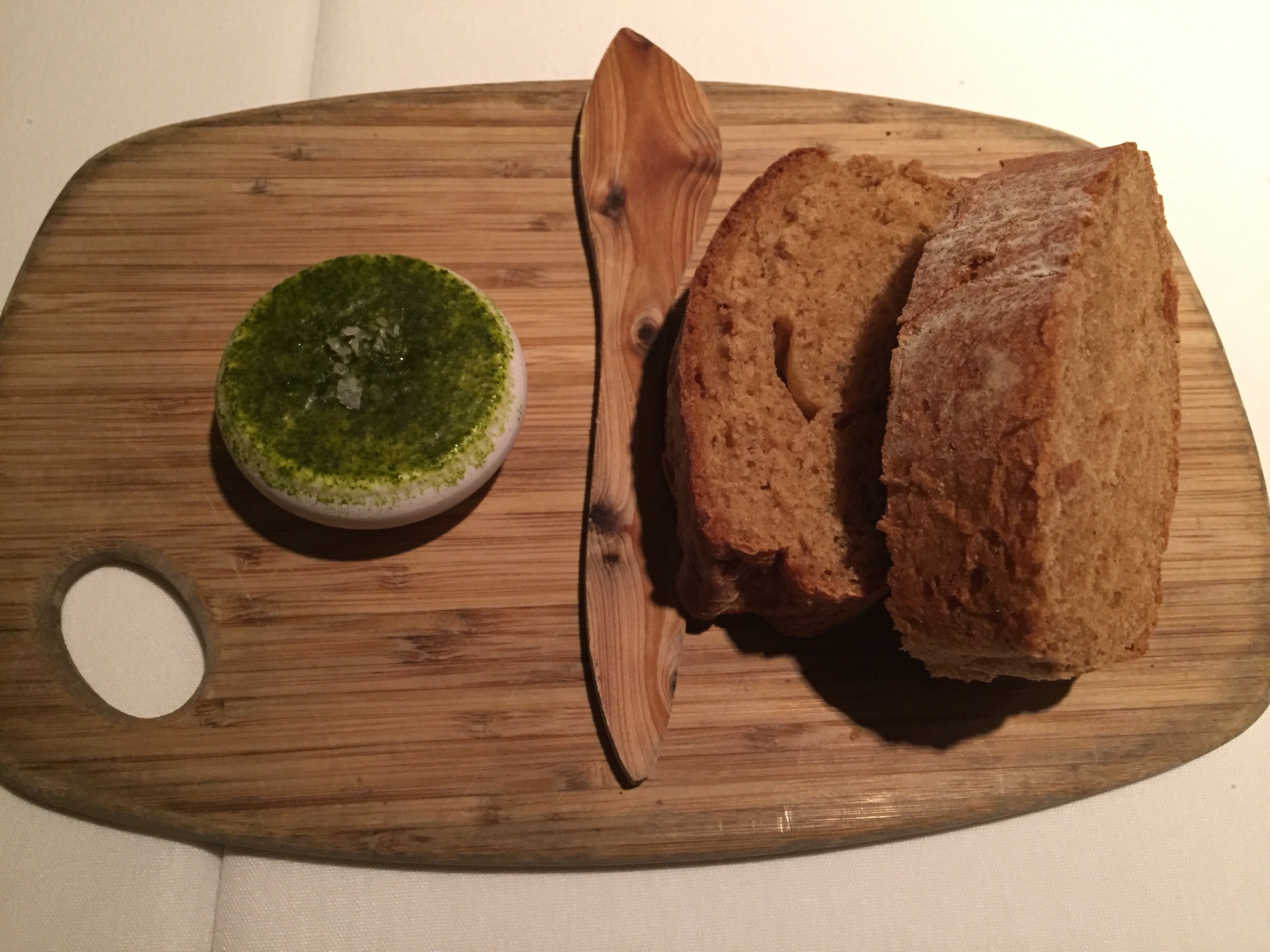 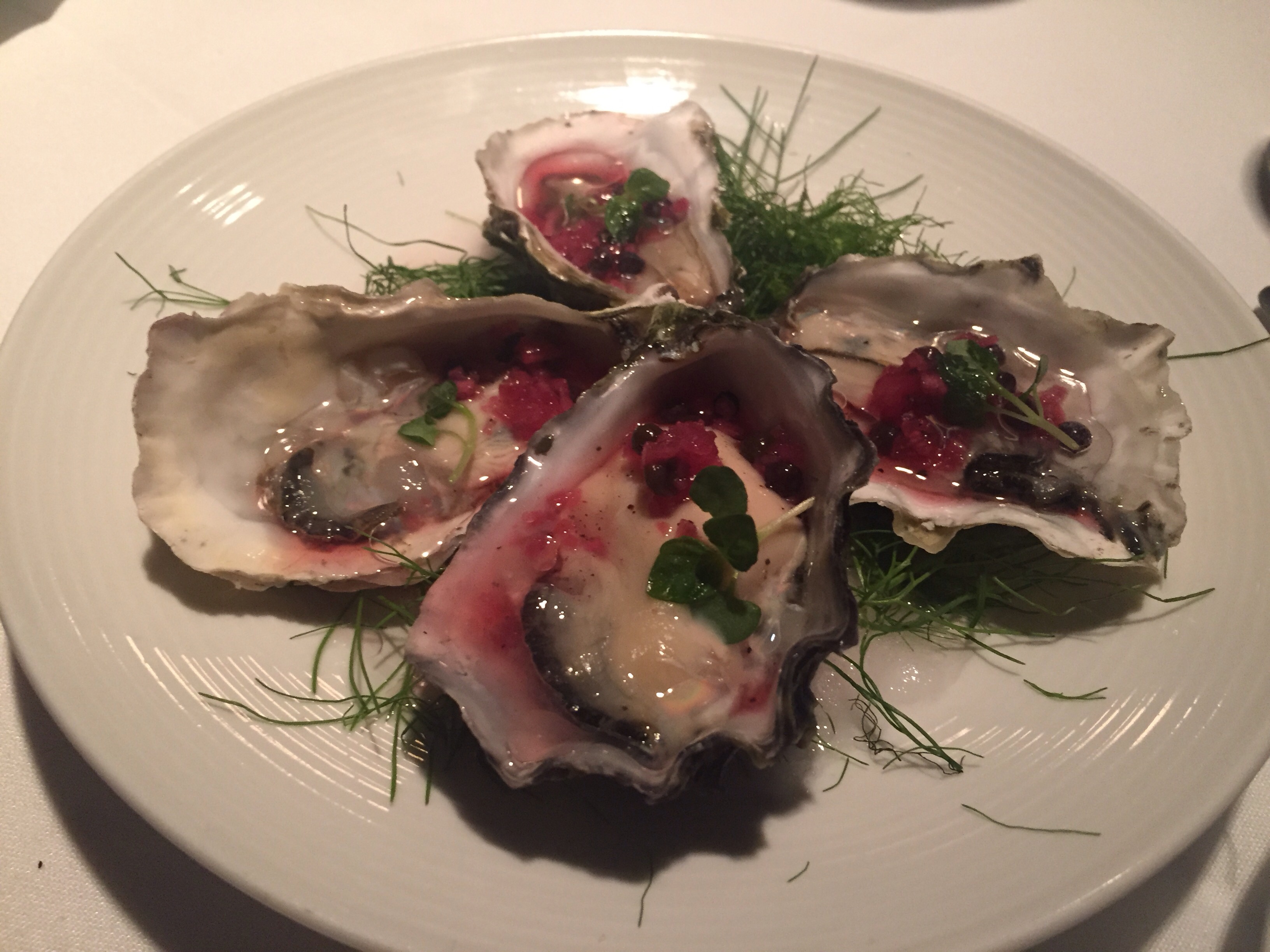 My friend raved about the tomato and burrata salad she had last week, so we went ahead and ordered two of them. Additionally, the fresh salad came with pea shoots, padrone peppers, and dressed with a delicious olive oil. 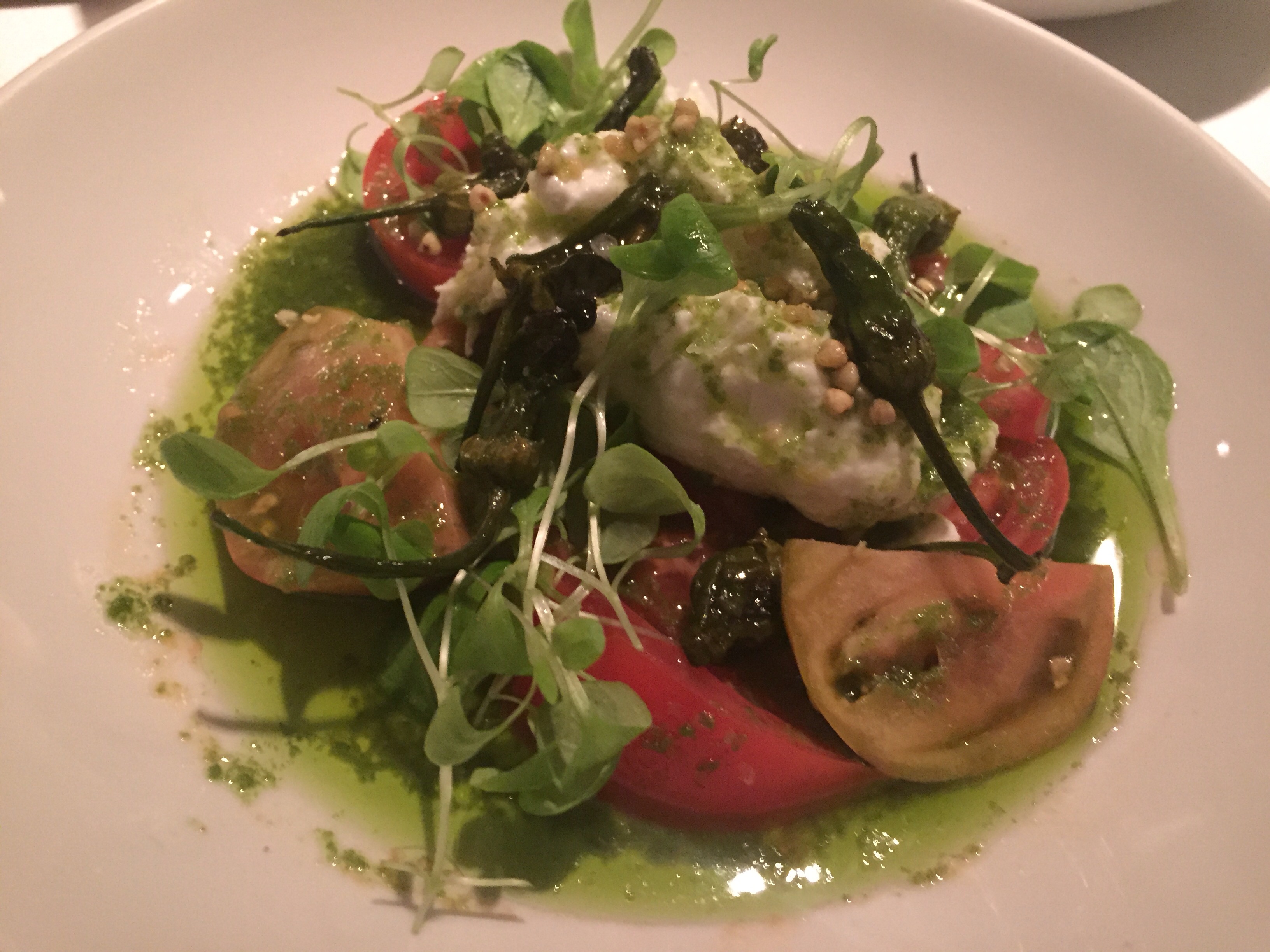 I was intrigued by the Raraka & Caviar. Essentially, they are bite sized hash browns served on an iron skillet topped with sour cream, chives, red onion, and anchovies. A tube of whitefish caviar is on the side for you to squeeze on top. The whitefish caviar is orange and filled in plastic and shaped like a carrot which I thought was the cutest thing. This dish was amazing. I was happy we ordered it. 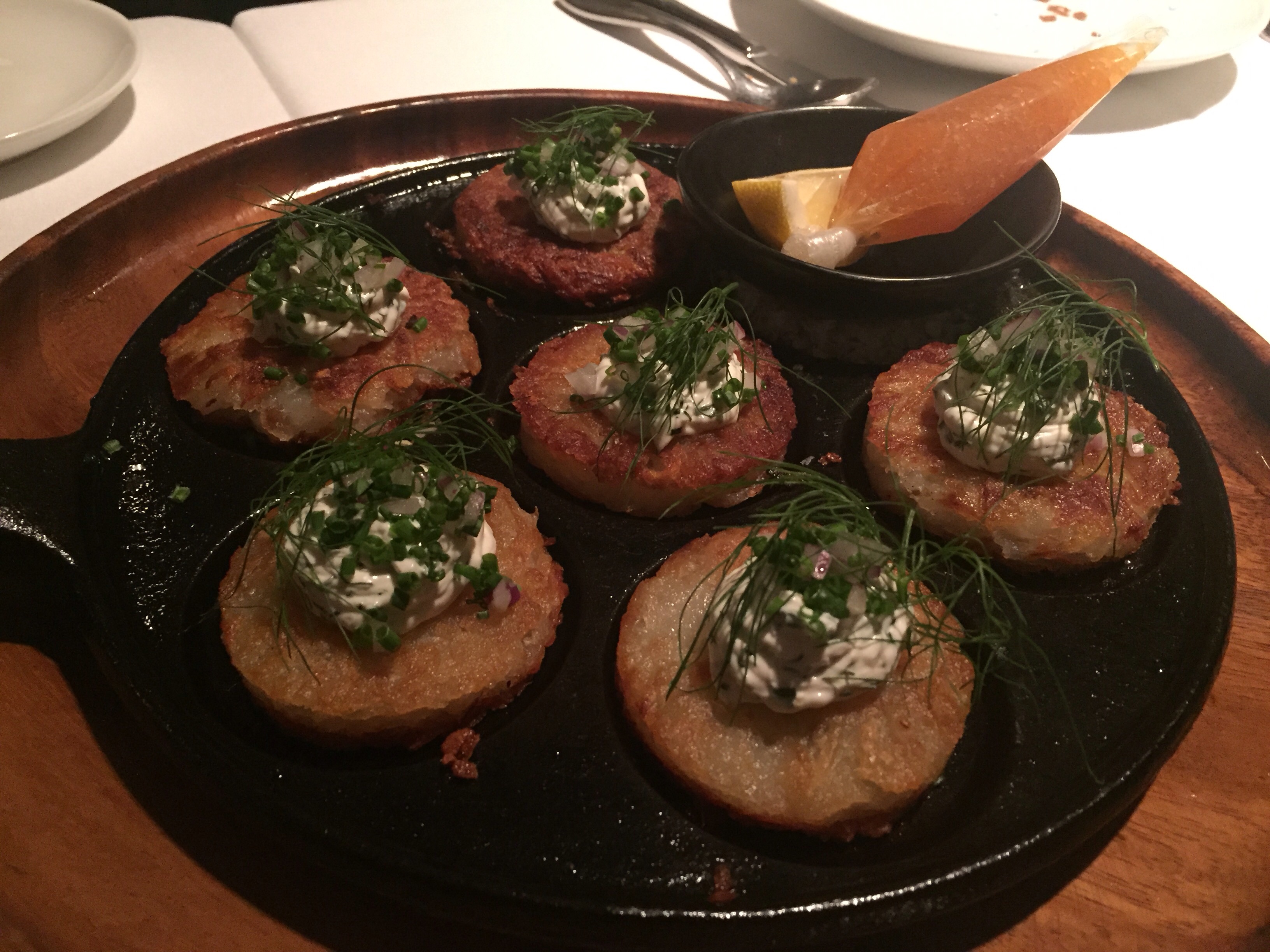 We would be remiss not to order Swedish meatballs. We actually ordered two of these entrees since we each wanted to enjoy at least one meatball. It came with potato puree, pan gravy, lingonberry, and pickled cucumber. This was pure comfort on a plate. Everything melded well together and the potatoes were the creamiest potatoes ever. 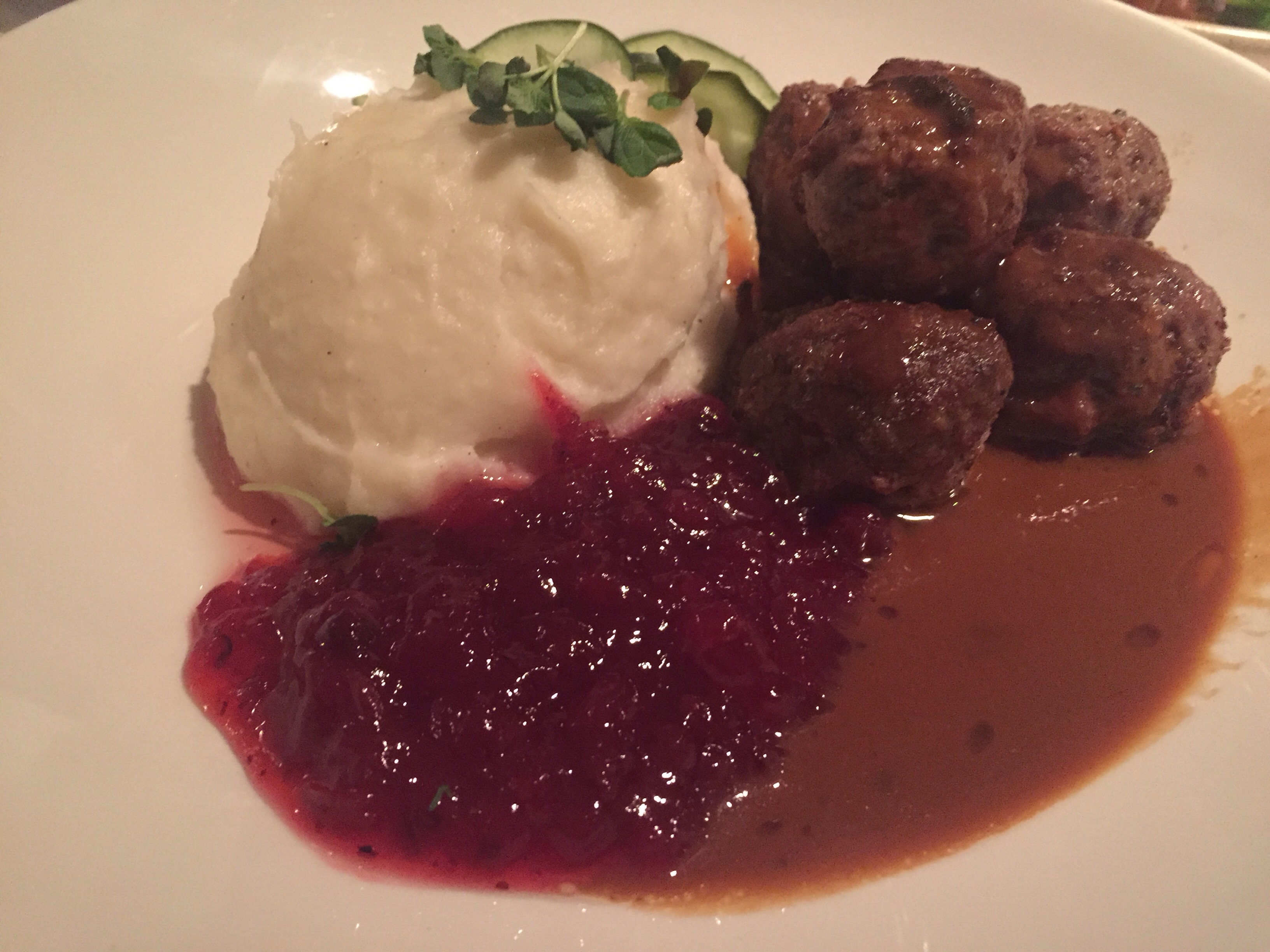 Another entree we ordered was the grilled pork chop with broccolini, torpedo onion, yellow peach, and cognac. This dish was full of deliciousness and felt like summer on a plate. 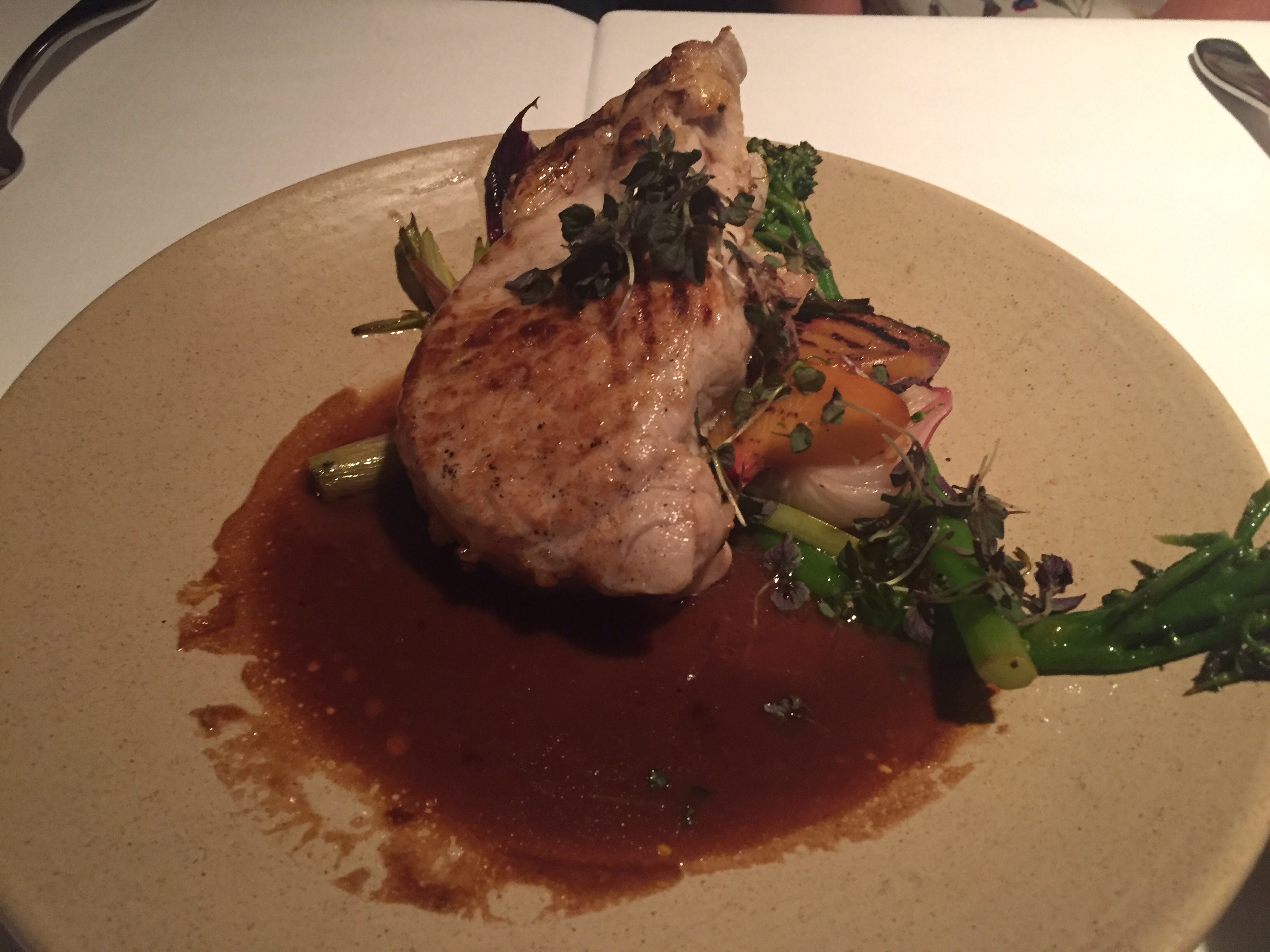 There was some debate over the halibut. One of my friends didn’t like it at all. While it was probably unanimous that it was the least favorite of the entrees, I still thought it was a pretty good dish. The halibut came with chanterelles, watercress, fennel, and coriander flowers. I especially loved the sauce and drowned my fish in it. 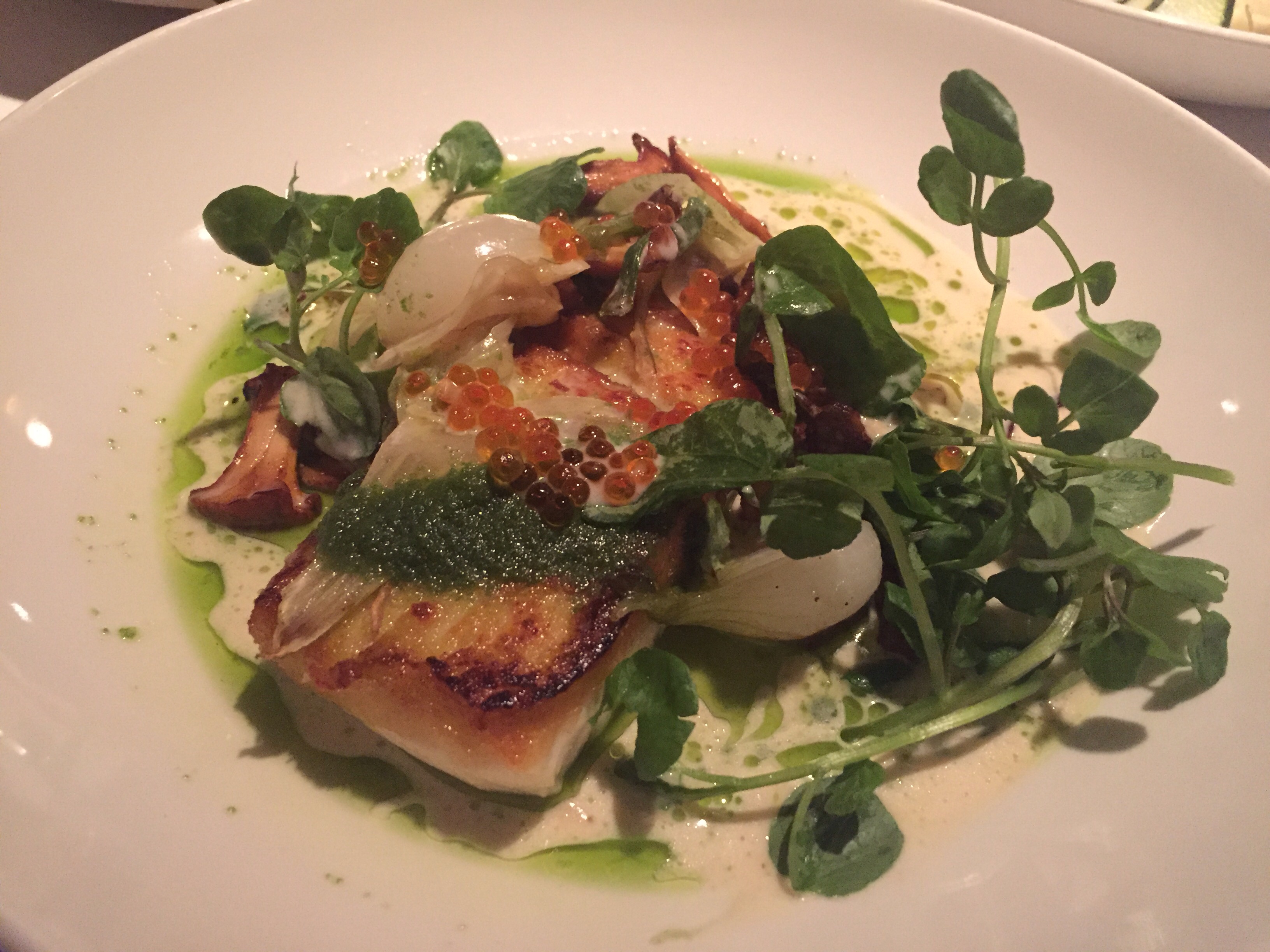 We shared two beautiful desserts. The first was called Northern Lights, which was a meringue filled with passion fruit sorbet and chocolate. If you like the combination of sweet chocolate and tart fruit, this is for you. 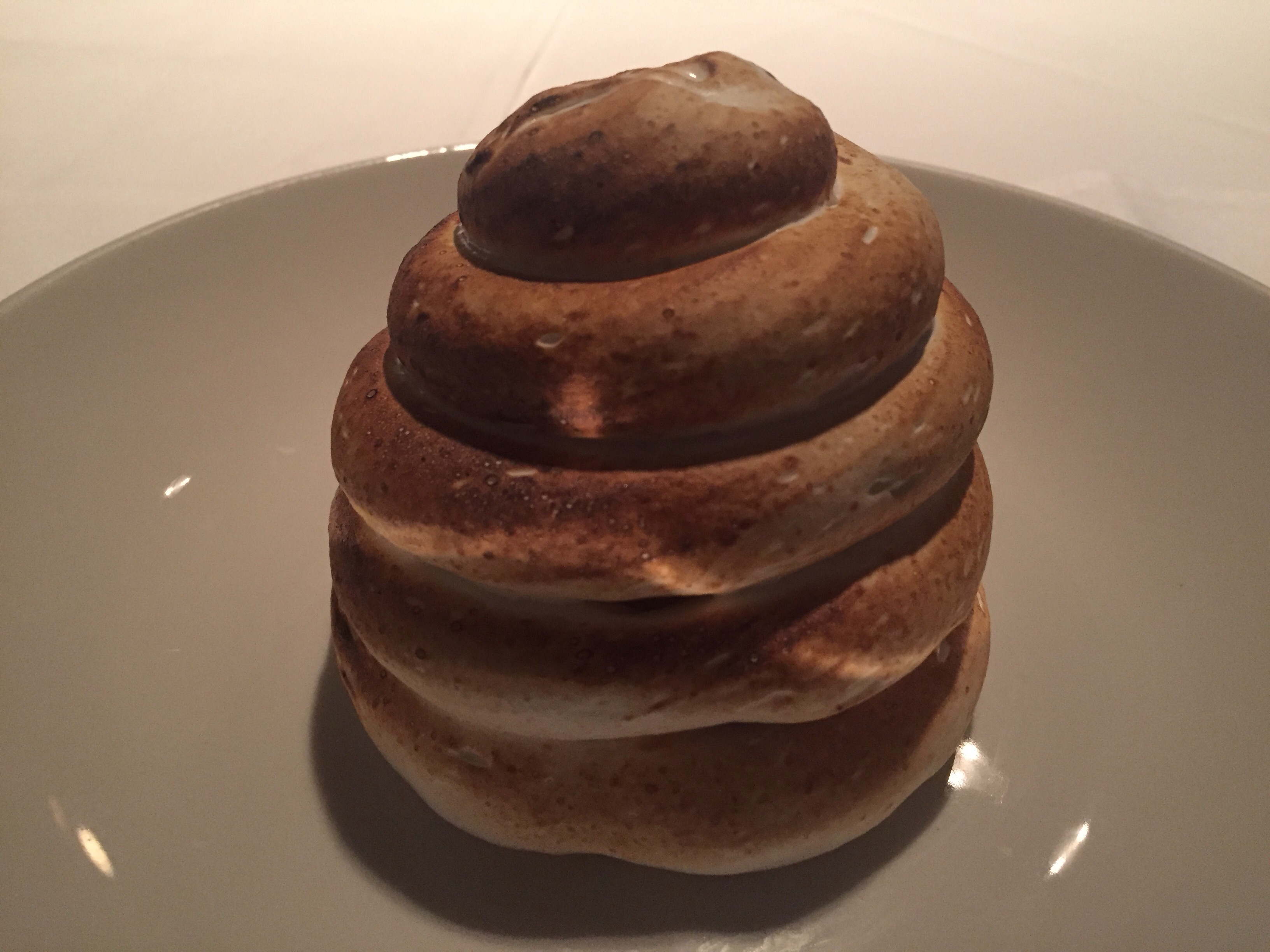 The Princess Cake at Plaj is more like a deconstructed Princess Cake. Chiffon cake, raspberry jam, and pastry cream are set in a jar with a layer of marzipan tied on top with a string. It is the cutest thing and tasty, but my friend turned me into a snob. It was love at first bite with her homemade Princess Cake. 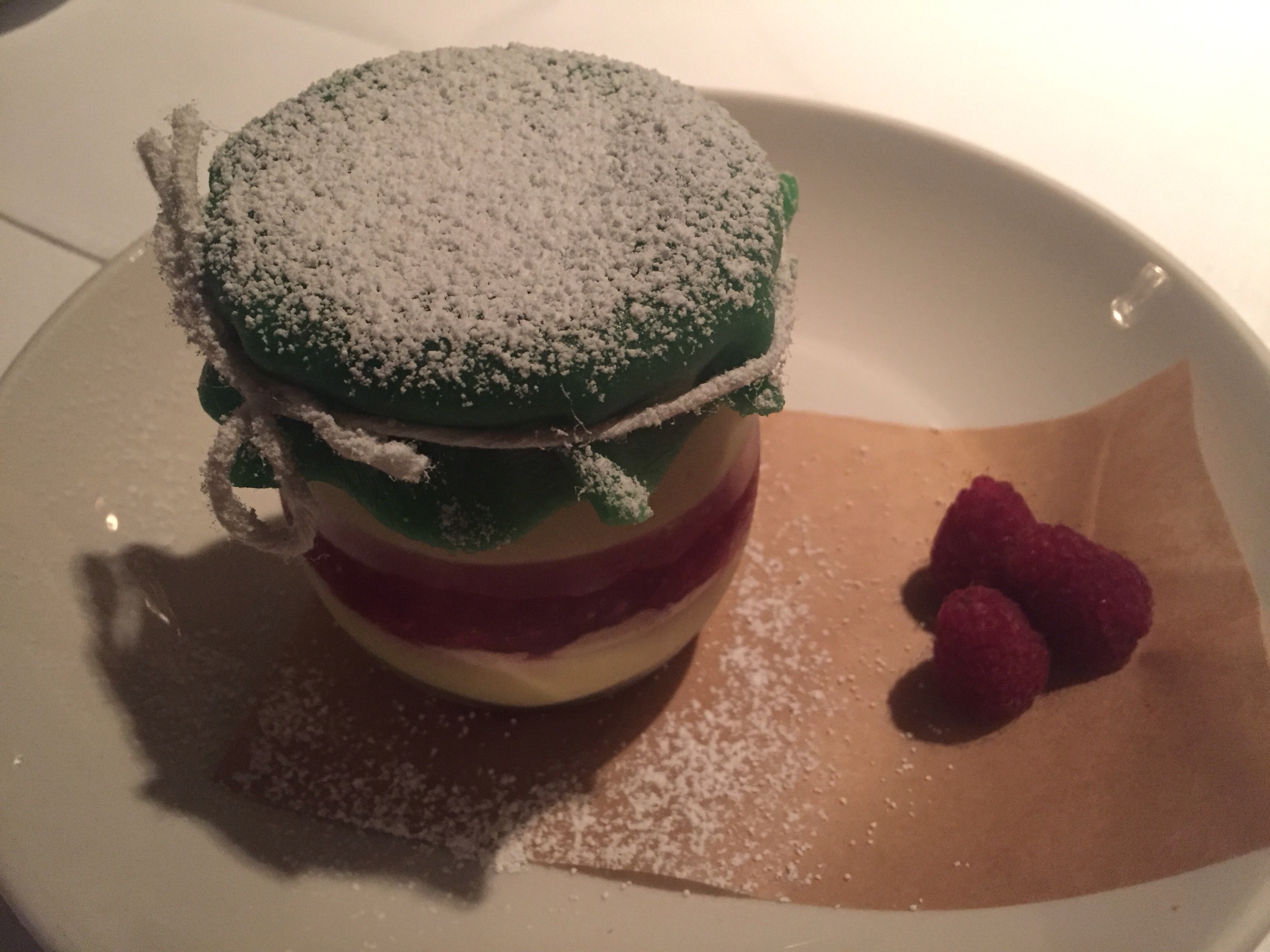 Overall, Plaj Scandinavian restaurant is worth a visit and a return visit. I highly recommend it especially if you are attending an event near the Civic Center. 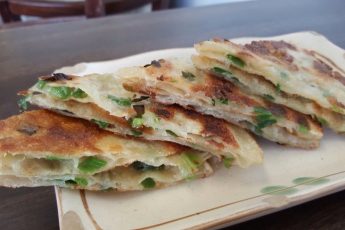 Dumpling Empire: A Taste of Shanghai

Shanghai Dumplings: A Mouthful of Delight 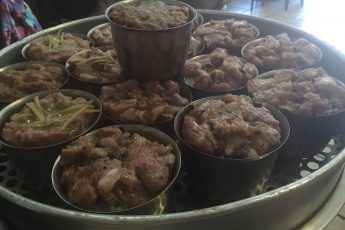