Poutine: The Real Deal in Berkeley

Yesterday my BFF suggested going to the new place in Berkeley specializing in poutine. Poutine is a snack invented in Canada. It is essentially french fries drenched with gravy and topped with cheese curds. I have had it a few times. Once at a Costco in Canada, a second time at Gross Mountain in Canada, and a third time at a festival in the Bay Area. I probably shouldn’t have had it at any of those places because they weren’t very good.

Smoke’s Poutinerie is a Canadian chain and recently opened its first U.S. shop here in Berkeley. Surprisingly there was not much of a line. We spent a few minutes reviewing the menu and deciding what we would order. Unlike other times I have had poutine, you can’t just ask for poutine. There are choices to make. First you have to know what size you want. There is a snack size, a meal size, and a wow size. The snack size is only available for the “traditional” poutine which is made of their signature gravy and Wisconsin cheese curd. We got one of those. 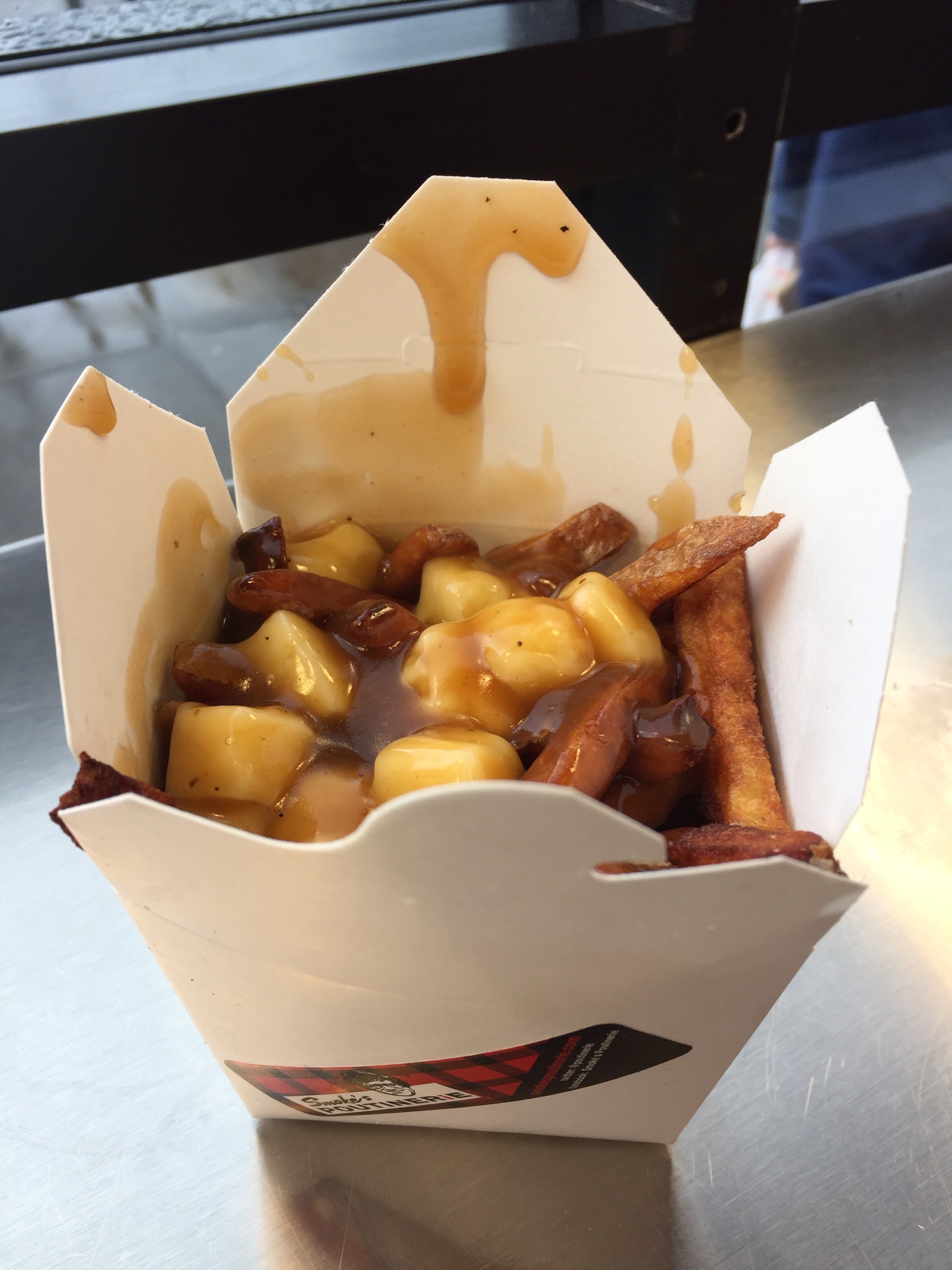 This definitely didn’t taste like other poutine I have had. This was good. The mix of french fries, gravy, and cheese were a perfect harmony. My only complaint was there wasn’t enough cheese curds.

If you aren’t getting the traditional poutine at Smoke’s Poutinerie, there are specialty poutine with different protein choices as toppings such as chicken, pork, and steak. There are also vegetarian options. We ordered a meal size “Smoked Meat Peppercorn” which had shaved Montreal smoked meat, mushrooms, peppercorn gravy, and cheese curd.

I liked this one even more. I think the meat was pastrami. I especially liked the pepper gravy. The cheese curds melted with the hot toppings.

Will I be back? Yes, I will but not too often…after all, Smoke’s Poutinerie’s motto is “Clogging Arteries since 2008.”

Popping up in Oakland: Pop Sandwich