The Best Corn on the Cob comes from Brentwood

I drove out to Brentwood yesterday afternoon, the city in Northern California, not the Los Angeles neighborhood. It was about a 50 minute drive East of Oakland. There was an event called ﻿Brentwood Harvest Time Festival﻿. Brentwood is well known for their agriculture and farming. Summer time is when I think about Brentwood because I crave their crops of cherries and corn.

The Brentwood Harvest Time Festival is a small community event held in the historic part of town with wine, beer, food booths, and other activities. I searched and searched for cherries, but there was none to be had. Apparently, I was five weeks too late. I guess the window for Brentwood cherries is small and I missed out. Luckily, the cherries from the State of Washington are plentiful and just as sweet.
Corn on the other hand was all over the festival. There were corn shucking competitions as well as corn eating competitions. I knew I had to get my hand on some corn from the food vendors.

My first corn was from a food truck called Elisa’s Catering – Flavors of Cali. Their special of the day was Mexican southern street corn. This version has a buttermilk mayo herbed dressing smeared on it and then sprinkled with cotija cheese and southern spices. 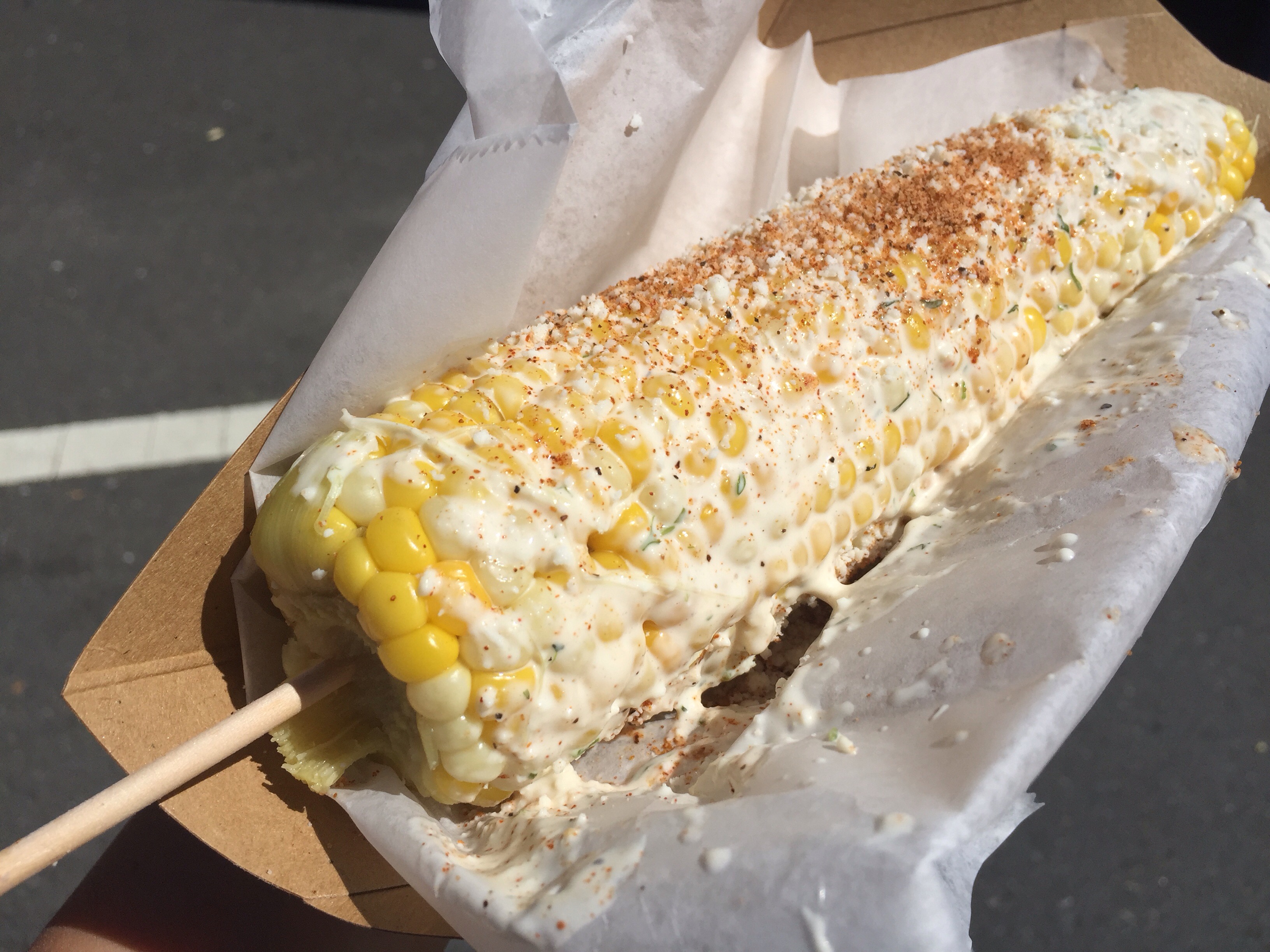 I have had plenty of elote asado and have even been successful at making it which I posted on my blog. The fresh and crispness of this Brentwood corn shined through with all the flavors. I ended up cutting it off the cob and enjoying mouthfuls of goodness. 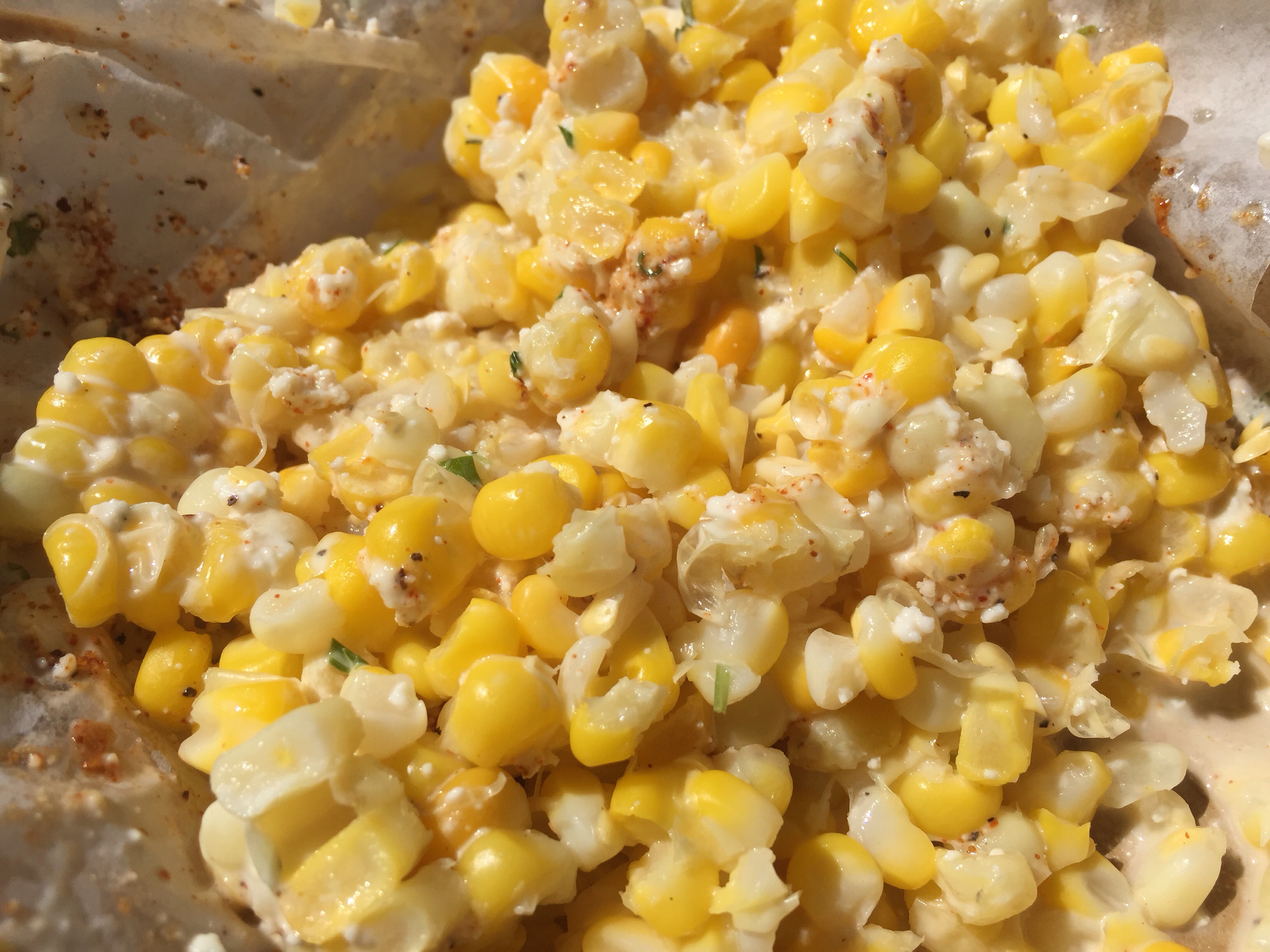 After a very short break, I was on to my second cob. I went to the main vendor selling roasted corn on the cob. It was nonstop roasting happening in a cool mobile roaster.

There were a couple of varieties of butter to choose from.  Fresh from the roaster and out of its husk, I was excited as the vendor glazed the cilantro lime butter on the corn.

The aromatics of this corn on the cob filled the air. The cilantro and lime flavor was very subtle which I appreciated because I didn’t want the natural sweetness of the corn to be overpowered. The butter infused the crisp kernels with a creaminess to it. It was hands down the best corn of my life. I look forward to an abundant corn season this summer. 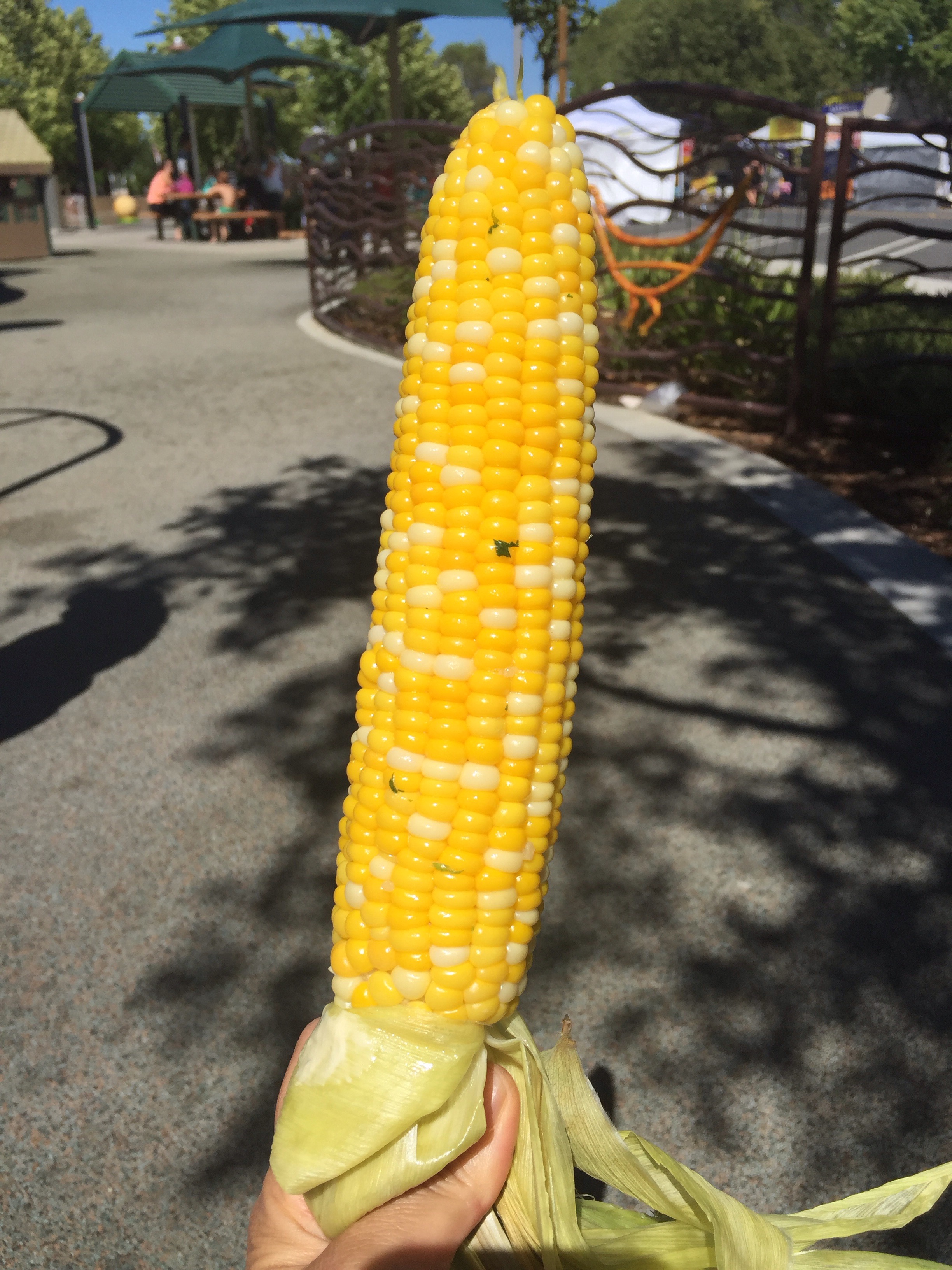