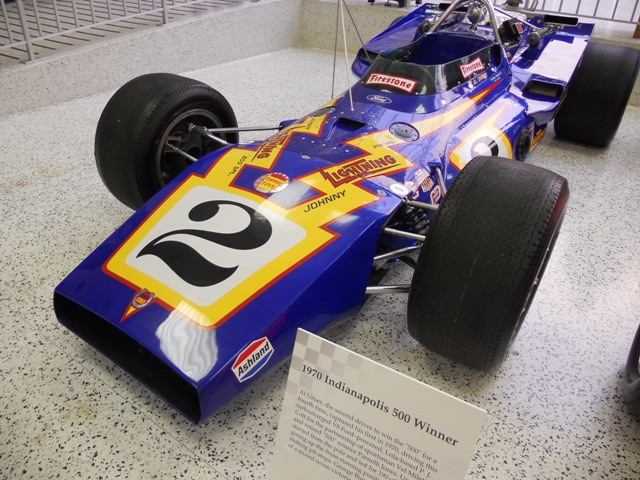 I had a couple of meals planned for my trip to Indianapolis.  I did some research ahead of time as well as emailed a couple of locals.  It was by total accident that I discovered Shapiro’s Deli.  A colleague of mine and I had taken a grounds tour of the Indianapolis Motor Speedway and had to get back to our hotel to set up for our convention.  Not leaving us much time, I “yelped” sandwiches so we could get something quick for take away.    Not expecting much, I was pretty amazed when I arrived.  There was a cafeteria on one side and the deli take out on the other.   It was a kosher deli and they made their own rye bread.  I even got excited when I saw they carried Dr. Brown’s sodas, which are also kosher.

I ordered the salami sandwich on their famous rye bread.  I have to say that their sandwiches hold about 3 inches of meat.  It had me at bread.  I have never cared too much about rye bread, but this one was off the charts.  The salami was okay, but they sure were generous.  For folks that like a lot of meat, you’ll like Shapiro’s!  My colleague who lives and works in Southern California had the chicken salad sandwich and couldn’t stop raving about it.

The next day, I couldn’t help but go back and pick up a chicken salad sandwich on rye.  My colleague was right.  This was so tasty.  It had cubes of white meat chicken mixed with celery, walnuts, and plump red grapes that were blended with mayonnaise.  For me, it was a bit too much mayonnaise, but nonetheless yummy.

I was leaving Indianapolis at noon the next day.  That morning, dreading the long flight back to Cali, I knew Shapiro’s could make it better.  This time I ordered the roasted turkey sandwich to go.  The woman sitting next to me on the airplane, engulfed her Subway sandwich before we even took off.  I waited until we reached 10,000 feet before I carefully unwrapped my Shapiro’s sandwich and slowly consumed it.  It was fantastic.

The rye bread was so good that I even bought two loaves to take home and share with family.  In addition, Shapiro’s has awesome black and white cookies.  It was a new item on their menu.  They were very good and I liked the size, about 4 inches in diameter.  Normally, they are about 6 inches and much more dense. 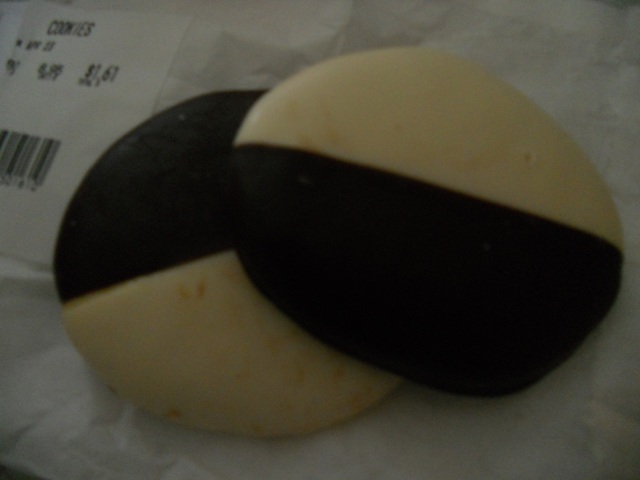 Three sandwiches in three days at the same deli is a record for me and quite unusual.   It’s not all that Indiana has to offer.  I also had decent pizza at Pizzology in the town of Carmel in Indiana and enjoyed hanging out at the basement of Goose the Market and meeting friendly people including Chef Chris Elie.  I think I know why I kept going back to Shapiro’s.  Besides Saul’s Restaurant and Deli in Berkeley, I can’t think of any good New York Style Deli’s in the Bay Area. 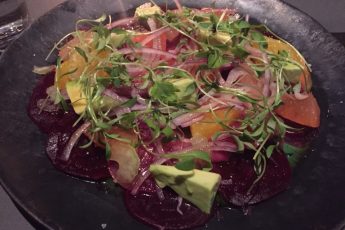