Khao man gai is a Thai dish that my sister in law introduced me to. It’s similar to the Hainanese chicken and rice dish which I have always loved. It’s simple and I place it in the comfort food category. With some careful time management, this meal can be done from start to finish in under 90 minutes.


In a large pot, bring about 12 cups of water and 1 tbsp of salt to a boil. Add your whole chicken (I used a chicken slightly larger than 3 lbs.) When the chicken boils, turn the flame down to a low heat and cook for another 35 minutes. 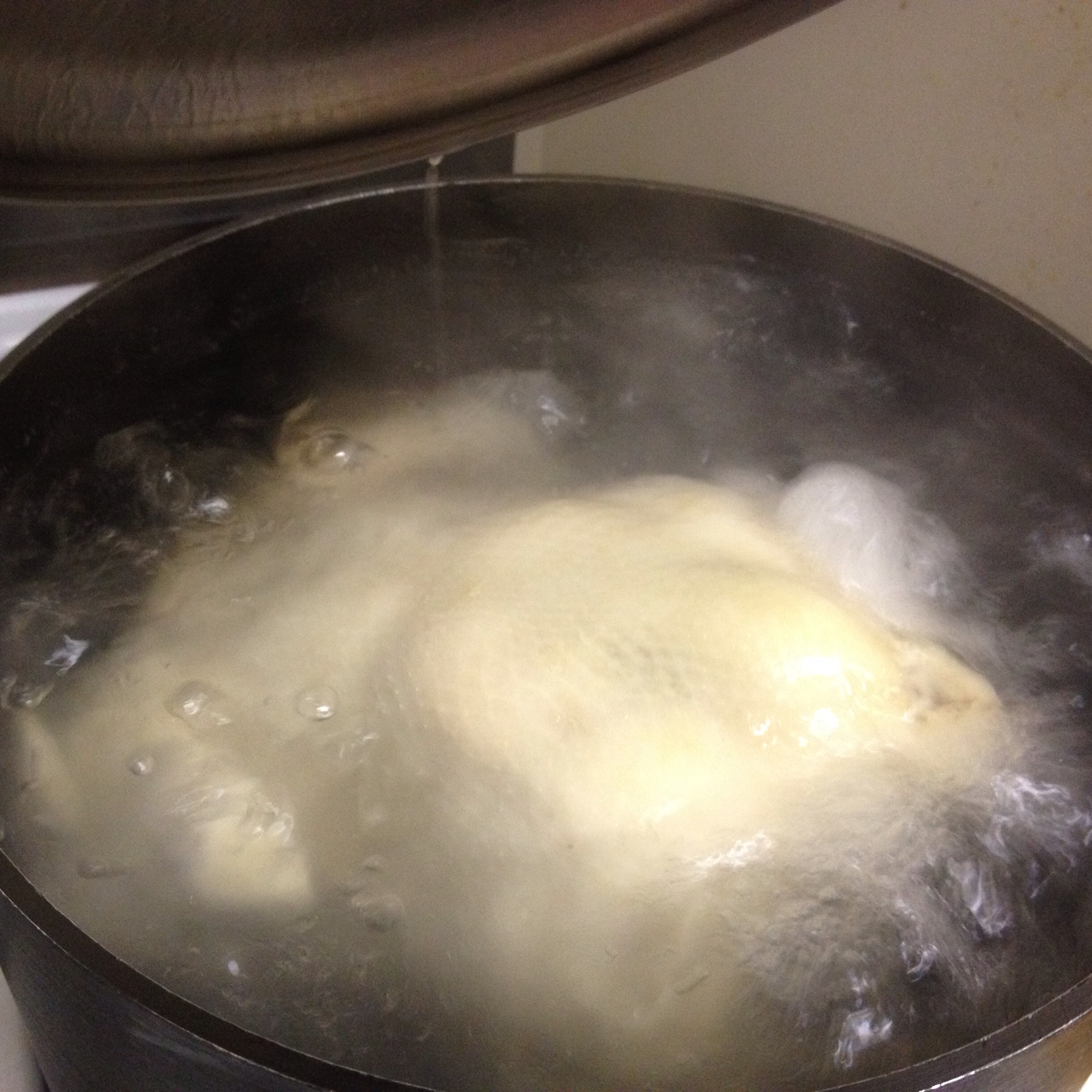 While the chicken in cooking, you can begin getting the rice ready. Rinse the rice through a few times and have it ready in your rice cooker. In a small sauté pan, heat the oil and sauté the garlic until golden brown. Peel the ginger and cut about 5 pieces of ginger into 1/4 inch slices. Place the ginger and garlic (don’t use the oil) on top of the uncooked rice.

The chicken will still be cooking, so you can prep the soup. Peel the moqua. This hairy looking squash is one of my favorites in soup. 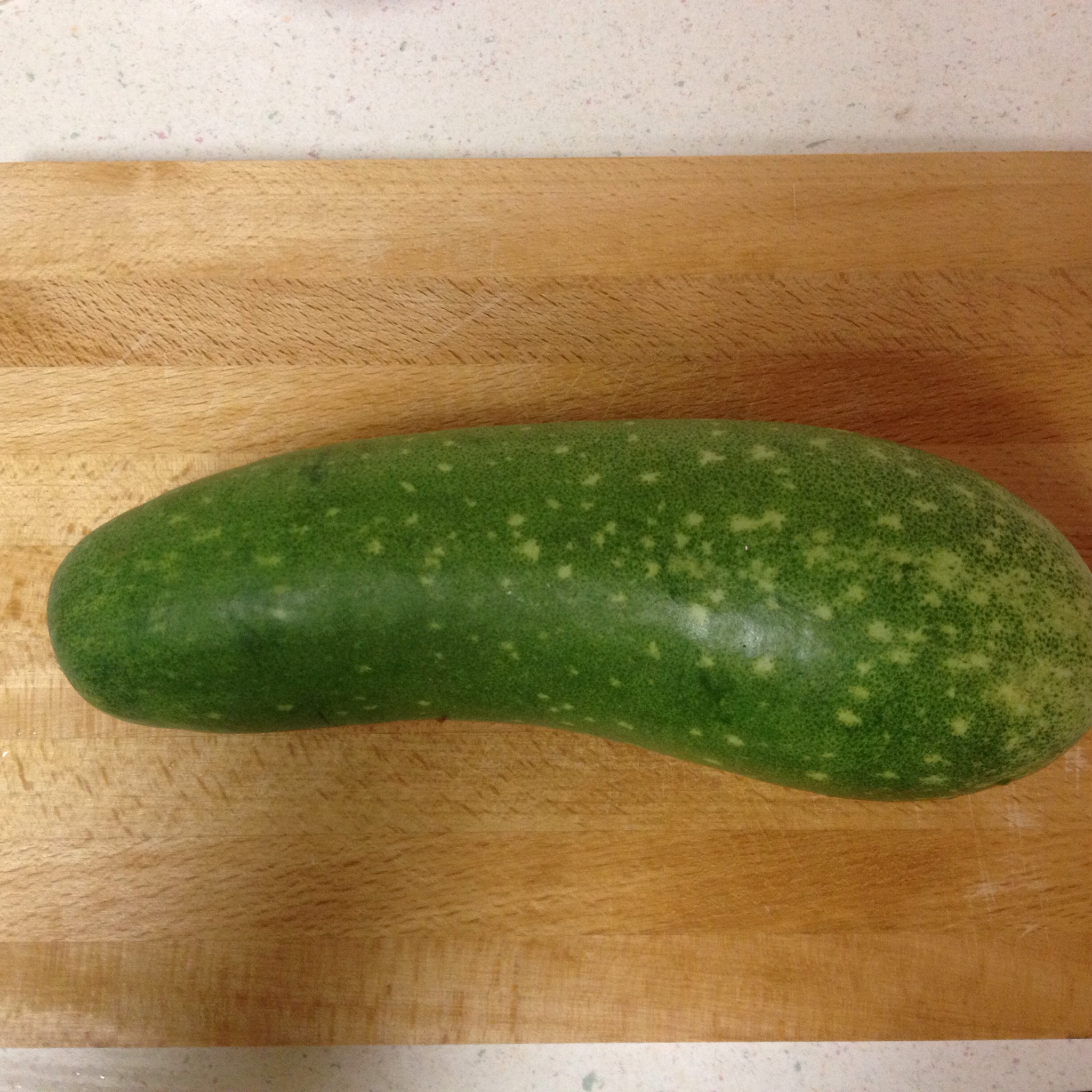 You can also use winter melon or chayote. Slice into equal sized strips.

As soon as the chicken is ready, remove from liquid. Skim off any excess fat from the top of the broth. The remaining broth will be used for both the rice and the soup. Measure 3 cups of broth and pour over the rice cooker and turn on the rice cooker.

While the rice is cooking, time can be spent cutting up the chicken. I cut the chicken into eight pieces using kitchen shears. I still had time to remove the bones from the breast and thighs.

With the rice almost ready, I started the soup. Using the same pot that the chicken was cooked in, add the same amount of water as there is broth. Bring to a boil and then add the sliced moqua. Once the soup reboils, turn it down to a low simmer for about 5 minutes.

Measure out some cooked rice, slice some chicken, and top with cilantro. Sliced cucumbers are typically eaten with this dish which I forgot to slice. Ladle out some moqua soup to compliment the meal. The sauce used for khao man gai is a brown soybean based sauce. I found it available at the local Thai grocery store Sontepheap in Oakland.

I have eaten a lot of khao man gai but it was my first time making it. The chicken was nice and tender. The rice was really tasty. The added garlic brought this already fragrant rice to a new realm. The moqua was good, but the soup could’ve used some salt. Making this dish gave me some added confidence in my cooking as well as being able to quickly cut up a chicken.