Last Sunday before watching the San Francisco 49ers lose the NFC Championship game, I had lunch with my sister and two friends in the City. It was our first time trying Hard Knox Cafe. The restaurant has two locations, one in the Richmond district and one in the Dogpatch. We went to the smaller location in the Dogpatch which felt more like a diner because seating was limited to the counter bar and booths.

We waited less then five minutes which was surprising because the Hard Knox Cafe is a very popular place. Maybe most people were home watching the AFC Championship game. I won’t complain about the short wait time. The menu offers a very good variety of Southern food. After a thorough review, we each decided on having different entrees so we could taste an assortment of items.

Each of us received two corn muffins. They were warm and delicious and tasted even better after spreading some butter on it. I wanted to eat a second one, but I had to control myself to leave room for our main course.

Each entree comes with a choice of two sides. I ordered the beef shortribs with kernel corn and macaroni and cheese. The ribs were oven baked and drenched with brown gravy. They were very tender and easily fell off the bone. 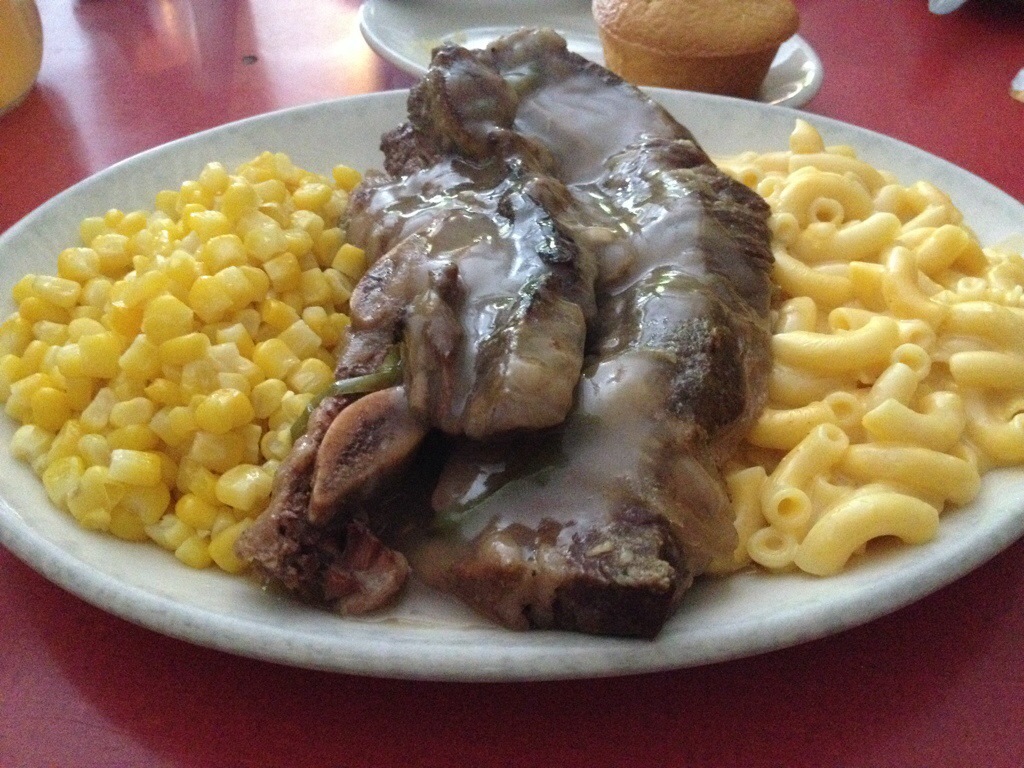 My sister ordered fried catfish with mashed potatoes and collard greens. The catfish filets were seasoned perfectly and coated with a cornmeal batter. I really enjoyed this one a lot. 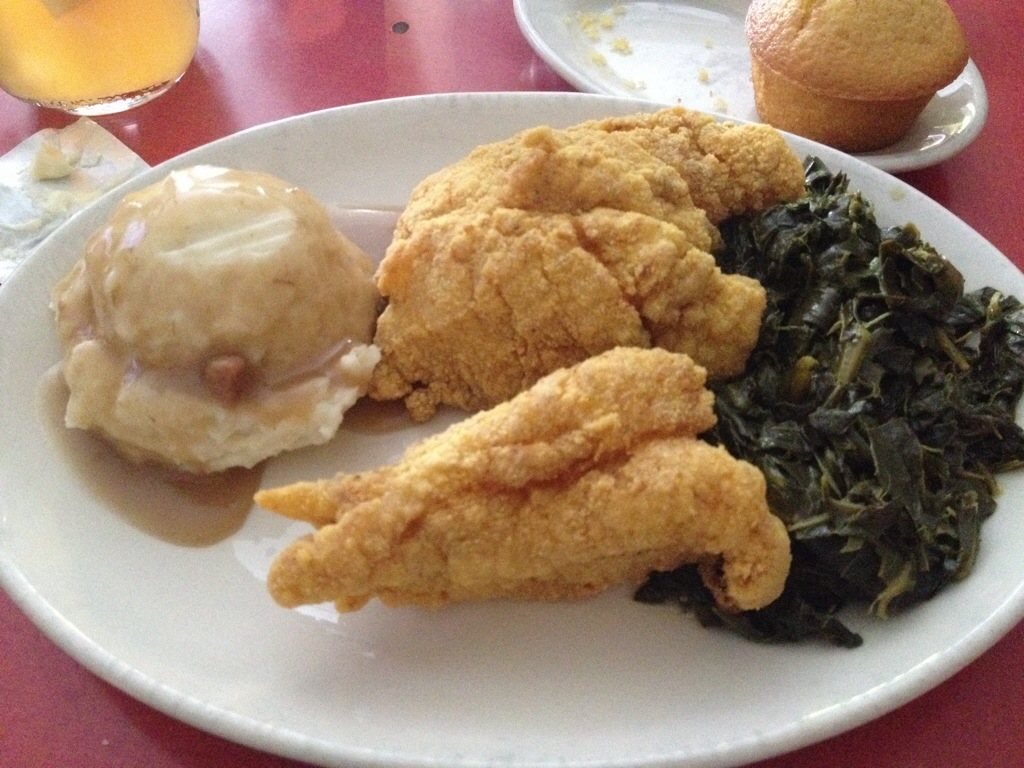 One friend got the BBQ pork ribs with potato salad and collard greens. This was probably the least memorable of all the entrees.

My other friend ordered the fried chicken and waffles, but their waffle machine was not working. Instead, she ended up with the 3 piece fried chicken meal with candied yams and red beans and rice. The chicken was juicy and had a nice flavor.

Everything we had at Hard Knox Cafe was pretty good. For me, the highlights were the corn muffins, the fried catfish, and the candied yams. If you are hungry and want excellent value, Hard Knox Cafe should do the trick.

Opaque: Dining in the Dark