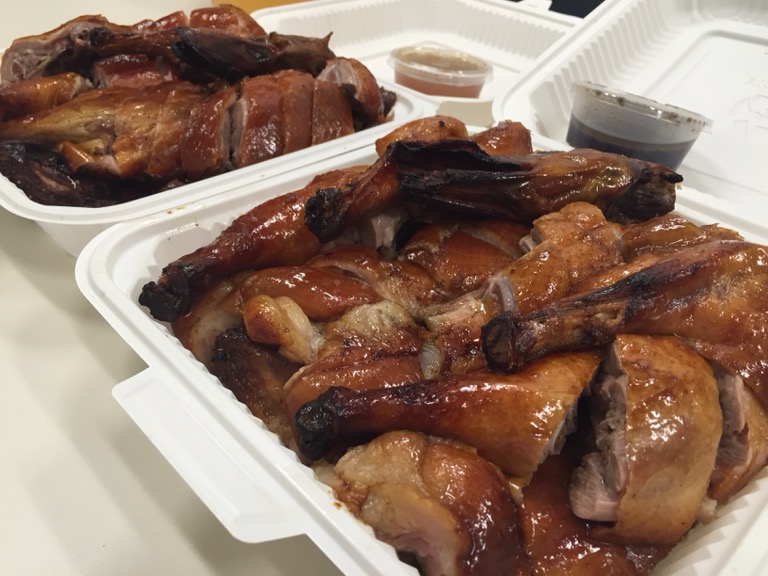 The first thing you see when you walk into New King Restaurant (actually, entrance is from the back door via their parking lot) is a window display of roast meats including roast pork, BBQ pork, and roast ducks.

New King is located on one end of International Blvd., only a few blocks from Lake Merritt and serves a combination of Chinese and Vietnamese food. A close friend introduced me to this place about a year ago. She frequents the place often in the mornings to pick up a Vietnamese iced coffee. With a lot of choices in Oakland for Chinese or Vietnamese food, I have been drawn to New King more often in the past six to eight months.
One day I was craving wonton noodle soup and discovered that New King makes a good one. You can select one or more of their roast meats hanging from their display as a topping. The plump wontons are filled with pork and shrimp. I found the wontons to be fresh and just the right size. The egg noodles also had the right texture. My topping was a delicious BBQ pork. Unfortunately, I didn’t get to savor the sauciness of the BBQ as much because it slowly melted away in my soup.

My favorite noodle dish at New King is a Vietnamese dish called Hu Tieu Mi Nam Vang Kho, where the broth is served on the side. It comes with assorted sliced meats including some intestines as well as seafood. Topped with an abundant amount of cilantro, there are other deep flavors that meld together to make this dish wonderful. It’s nutty, garlicky, and kind of umami.

If you look closely enough, there are two kinds of duck that hang on display. The first is the common Chinese roast duck. The other is a flattened duck called Peipa duck. I had never eaten Peipa duck before. Last Friday, I planned “Duck Day” for a small group of my colleagues. I bought the two ducks cut up, brought them back to the office, and we ate. 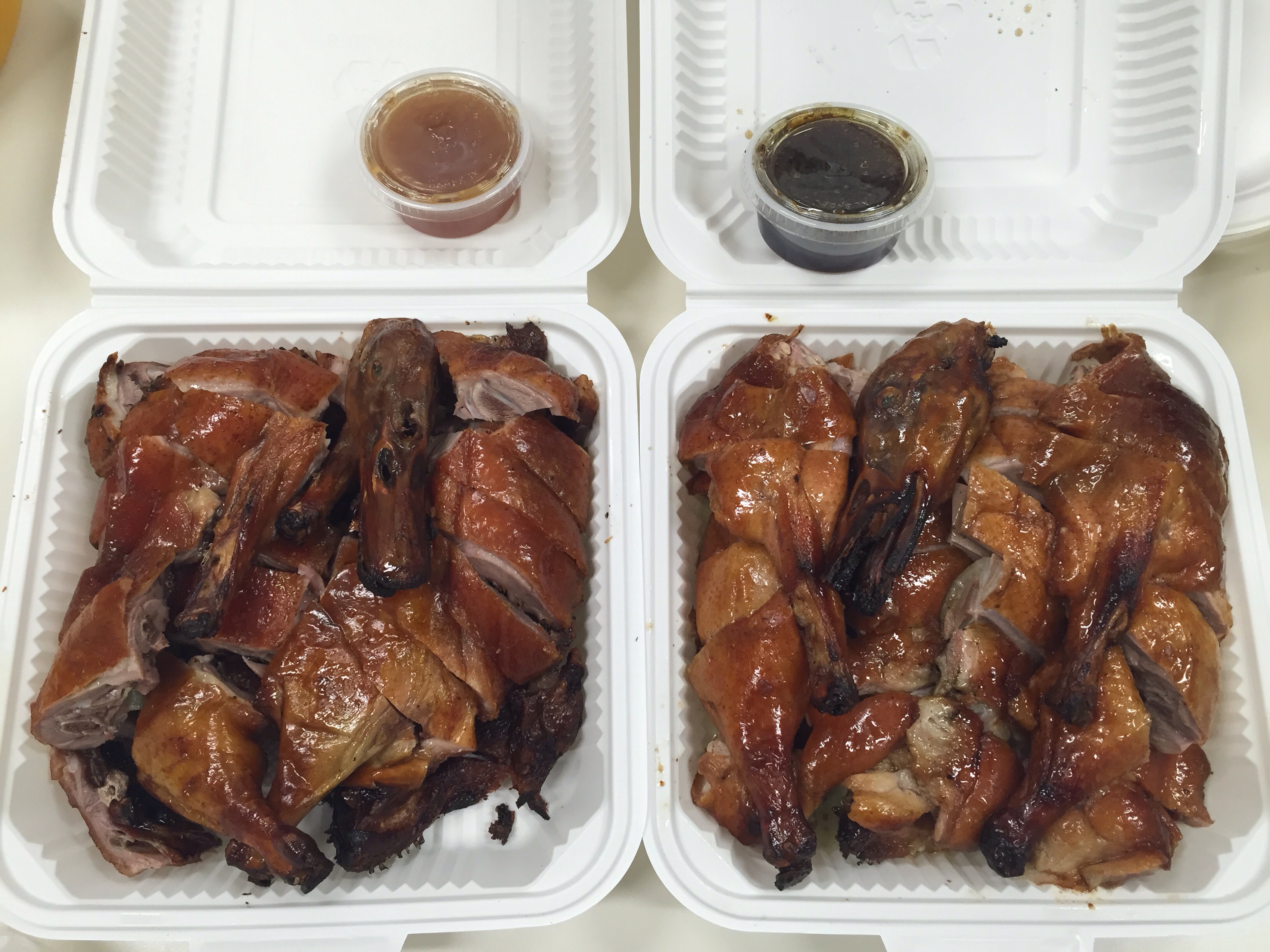 Two liked the traditional roast duck (pictured on right) best and two liked the Peipa duck (pictured on left) best. The Peipa duck was a bit leaner and had a deep sweet flavor I enjoyed very much. Most importantly, the skin was crispy like what you would find on a Peking duck. One coworker found this one “gamey,” but that didn’t bother me. I did a Google search to find more information on the Peipa duck and interestingly enough, it was named after the Pipa, a Chinese guitar that is pear shaped. When the duck is cut open and flattened, it resembles this instrument.

Aside from flavor, I look for a crisp tight skin and juicy meat on a traditional roast duck and this one had both. I have enjoyed New King’s roast duck a few times now and I find that it is one of the best you can buy in Oakland.
I would be remiss not to mention the roast pork at New King. I bought a small sample and my colleagues devoured it. With its crackling skin, I can’t imagine anything better at that moment of consumption. 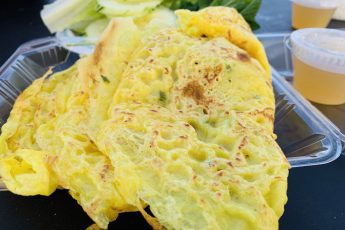 Cambodian Street Food: On an Avenue in East Oakland 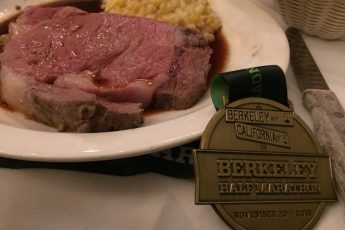 What I Ate Before and After the Berkeley Half